Your TV is about to stop working 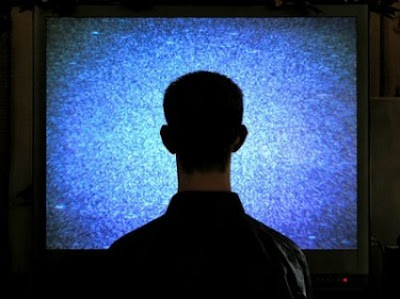 And it's the Government's fault. Srlsy.

Most Analog TV will stop broadcasting tomorrow. Over-the-air reception via Rabit Ears is about to join the MITS Altair in the Museum of Dead Technology. It's being replaced with Digital TV (DTV):

CNET is reporting that the President himself has stated, '... I want to be clear: there will not be another delay.' So it looks like it is going to happen, for real this time. Even with the delay, there are still millions of estimated viewers that are unprepared. Local stations may participate in the voluntary 'Analog nightlight' services in which TV stations agree to keep an analog signal turned on in addition to their digital signals to provide information about the DTV transition and to notify unprepared TV viewers of emergencies, such as hurricanes.

OK, it's only the over the air transmission that's changing tomorrow. It's been a long, long time since Chez Borepatch hasn't had a Satellite/Cable/Fiber feed, but we're kind of tech geeks here. It's been quite some time since we haven't had more computers than people, too. If you're at all like us, you won't notice a thing.

You might want to stop by Radio Shack to pick up a Digital-to-Analog converter box for your elderly mother, though. Although the comments at Slashdot warn of an unforseen Denial Of Service attack:

Grandma called up and informed me that her new remote was broken. So I called my cousin, who drives over to her house and finds that the "broken" remote is the result of grandma having put a [redacted] doily on top of the box (blocking its IR receiver).

The PII and the PIV are still around, then there's 4 laptops, one with a bad screen, but still ok with an external monitor...

My home count is 8, so I don't quite outnumber my toes, but I got the people thing well covered.

Now at work, I can count an even dozen without getting out of my chair.

If they wake up, it's Skynet time.

ASM, sounds like you need to turn them into a Beowulf cluster and crack codes or something.

If there was no TV, there would be fewer moonbat liberals...

I got digital TV for the folks so Dad doesn't miss his weekend sports.

He is sort of glued to the set during those afternoons.

Sunday I was making them a really nice early dinner and he unexpectedly showed up in the kitchen, gave me a big hug and said "you know, I love you very much".

To which I looked at him and said "it's half time isn't it". He started laughing. It was. But I love him too.

Halftime - keeping families together since 1934!