Which Laptop? Which Linux for it? 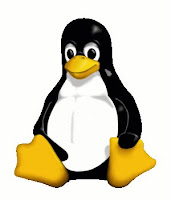 Albert Rasch asked in an email: which laptop would I recommend that is rugged and reliable, and with a decent screen? He also asks which Linux I'd recommend for it, assuming that the primary use is basic Internet and multimedia.

I've been pondering this for a couple weeks now, and have finally figured out why: I'm not at all sure about the hardware. Twenty years ago I was immersed in computer hardware specs; now I'm pretty far removed from from the latest and greatest. However, I do have some recommendations I can make, about both.

First, let me recommend The Register, the online journal about what's happening in the world of IT. I've followed them for ten years, and sharp-eyed readers will remember that I post a lot of links to them. They have a section devoted to hardware, which is worth your time if you're doing research. I've found them to be reliable, and highly recommend them.

Second, I can describe what I would do - I'd look for a 2 year old IBM/Lenovo laptop. I have a store near me that sells computers that have just come off of corporate lease. You'd be buying down the performance curve, but what you'd get is additional ruggedness and reliability. Back at Big Tech Company, I used IBM laptops for 5 years. Kind of built like a tank, and they offer big screens and especially good keyboards (I view keyboards like I view triggers; mushy action is muy bad). In general used computers are a bad deal. What you will get with this option is a more rugged, lower powered laptop for your money. 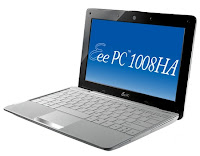 Third, you might consider one of the new-fangled Netbooks, like the Asus EeePC 1000 HA (or even better, the soon to be released 1005, which has a replaceable battery). I haven't tried this configuration, but expect that if you plugged mouse, keyboard, and monitor into the little thing that it would work great, plus would give you outstanding portability if you needed it (although then you'd be using the small 10" screen). I'm actually quite tempted to do this myself. 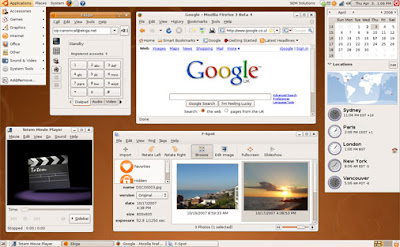 Now I've been using Linux since kernel 0.99, so I'm no n00b when it comes to building a kernel, installing and configuring X, and all the techie tasks that used to make Linux so (ahem) interesting. Alas, I'm an old grumpy fart now, and can't be bothered. With Ubuntu, I don't have to bother. Everything just works.

To repeat: everything just works, out of the box.

This is the Linux for my Mom and Dad. If you want a user interface very much like Windows, you might like kubuntu, which uses the KDE desktop environment. I quite like KDE, and have run it for years, and while I run the base Ubuntu Gnome desktop, I'd recommend KDE as well. 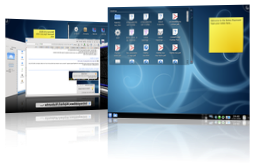 If you want a second opinion for Netbook Linux distrubutions, El Reg has an exhaustive comparison of the choices.

You'll want 1 GB of RAM, but here's what you get over Windows:
Here's what you won't get:
You will need to install MP3 support (well, I did), but it was dead easy - Mom could do it. There's a decent, quick overview of the pros and cons of Linux here.

So Albert, sorry this took so long, and I hope it helped. Me, I'd go with the eeePC with Ubuntu, and an external monitor, mouse, and keyboard. Your mileage may vary, void where prohibited, do not remove tag under penalty of law.
Posted by Borepatch

I'll be on the lookout for your specs. I need rugged and bulletproof and you are the Man to see if that's what you need!

Thanks again!
Albert
Bloggers: Defenders of the Great Outdoors

My wife bought me an EEE 1008ha seashell for fathers day (total surprise).

I cracked the case on day one,and stuck a 2 gig 20dimm in it. Then I set it up to dual boot eeebuntu.

Just be aware the proper net drivers arent wrapped in the distro. You can get the linux source, kernel, and backports packages from ubuntu and just stick them on the USB stick you install with. Install the debs, reboot, and you're good.

I've got an Asus EEE notebook, though I'm not sure which one exactly. I haven't been able to do much with it yet, as I am a total noob, but I figure it'll be good to learn on before I delve deeper into Linux possibilities...