A thought for today 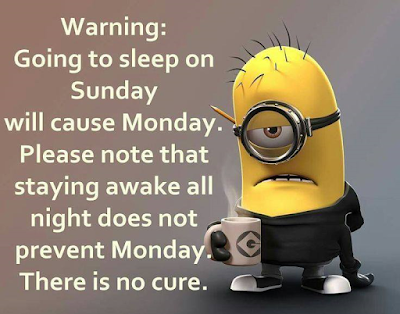 The world is an interesting place right now.  Here is a short list off of the top of my head about events that are occurring, events that may have long-term historical impact:
So what are the news topics of the day?  What are the stories that get wall-to-wall coverage in what remains of our hollowed-out Press?

Some people don't like a flag.  And Bruce Jenner says that he's a woman.

A cynic would say that the frivolity is nothing but the Media trying to protect the Obama Administration from the results of their terrible policy choices.  In which case, of what use is the Media?  The truly terrifying alternative is that this merely reflects the decadence of this age of the Republic.

But all is well, Citizen.  The Circuses are entertaining, and the Bread is free.  And the Chocolate Ration has been increased from 3 ounces to 2.5 ounces ...
Posted by Borepatch 3 comments:

It's been a long run, but two weeks before my seventh blogiversary I'm hanging it up.  I actually don't expect this will be a big surprise for most of you - I havent been posting much lately and it certainly hasn't been high quality.

Quite frankly, it's been a chore.  The Muse doesn't hang out at Camp Borepatch anymore, and that makes it work.  There's been too much turmoil in my life over the last few years, and that's taken it's toll.  I don't have the mental energy to post anymore.

I've made some very close friends from this, and that means more than I can say.  I'll still be around, but just not posting much. Unless the Muse comes back.

Thanks to everyone who comes here regularly.  You've left almost 40,000 comments here (!!!!!) which is nothing short of mind blowing.  I feel a bit like I'm letting you down, but I'm just out of gas.

So it's time to get back on the motorcycle and put some miles under the tires.  Screw it - let's ride.

You were a total bad ass. . We will miss you.


- Posted using BlogPress from my iPhone

On the rooftops of London - coo, what a sight

View from the office: 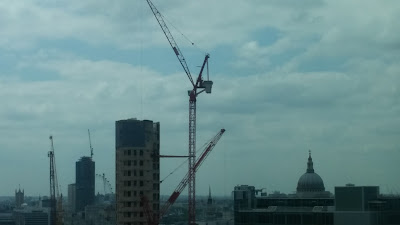 It's a long way from Mary Poppins ...

Some things still look the same, though. 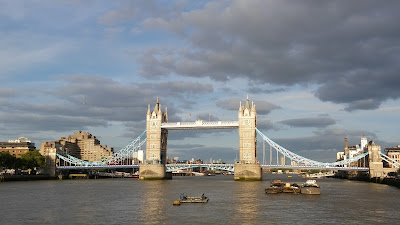 Oranges and lemons say the bells of St. Clement's

I was out for a London walkabout, trying to walk off jet lag, and passed by a very pretty Christopher Wren church.  That isn't unusual - London has 52 churches built by Sir Christopher after the great fire of 1666.  Indeed, there are Christopher Wren tours to see them all which may be a little much even for an architecture buff. 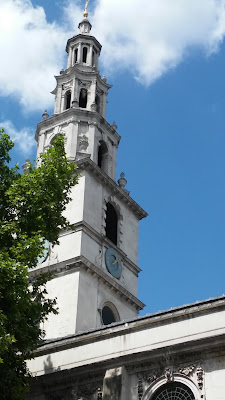 But this is no ordinary church.  It's St. Clement's Danes, the central church of the Royal Air Force. 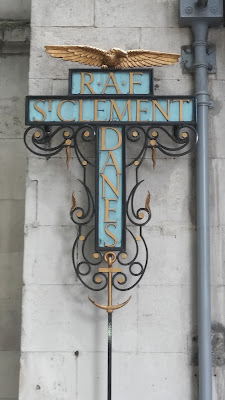 The church's history goes way, way back into the dark ages.  The "Danes" in the name refers to the Vikings who conquered England in the tenth and eleventh centuries.  The church is so old that it was repaired by William the Conqueror.  The Great Fire of 1666 burned the church, giving Wren the opportunity to build the current structure, which stood until the Blitz.  The Luftwaffe pretty well flattened it.

After the War, the RAF led a fund raiser to restore the church, which was restored to much the same as in Wren's day.  With some embellishments: 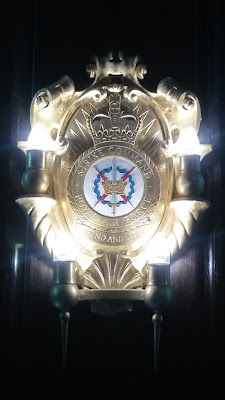 The lighting sconces have the arms of various RAF commands (here is the one for Strike Command).  The floors have 800 badges for the commands, groups, squadrons, and other units. 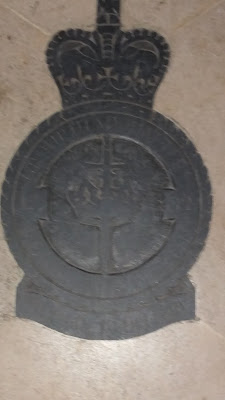 As you'd expect, there are small memorials all around the church to the men and units who served and often died in the air.  It was quite a pleasant, unexpected surprise to wander into. 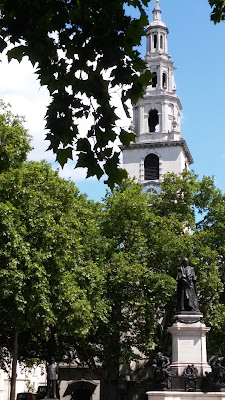 Tanks for the memories

Tanks at the Imperial War Museum. 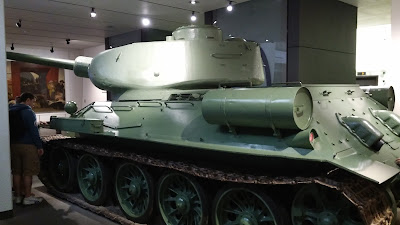 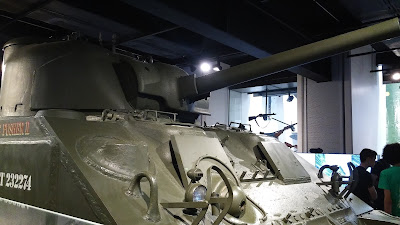 World War I British tank in a very unusual mounting configuration (driving over a trench): 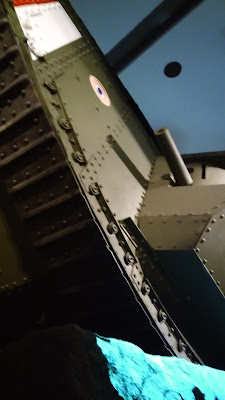 If you're in London, this is a great, free museum.  It's walking distance from Waterloo Station.
Posted by Borepatch 6 comments:

Blogger won't upload the photos I took (presumably because they're too large) and the Android Youtube app won't give me an embed code.  Blogging is pretty limited from the Android phone.

I went to the Imperial War Museum.  It seemed an appropriate day to do it, and judging from the crowds i wasn't the only one who thought that.

On the tube there was an elderly gent in black suit and bowler hat who sported a fistful of medals on his chest.  He looked a decade or two young to be at D-Day, but there was action aplenty during the later days of the British Empire.

I tried to blog but Android ate it

Really.  The home button is right next to toe space bar and the Blogger app doesn't autosave when you go to the home page.

Boarding soon and no time to reconstruct the global warming post.  If you're interested in how the latest report is bollox, go here.

Any readers up for a blogmeet in London this weekend

I hear that the Imperial War Museum is free admission.  I should be downtown London by 0900 or so British Summer Time.