Darius Rucker - It Won't Be Like This For Long 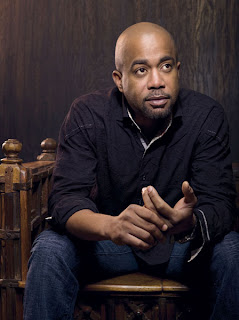 A king, realizing his incompetence, can either delegate or abdicate his duties. A father can do neither. If only sons could see the paradox, they would understand the dilemma.

I understand my father much more, now that I have children of my own. In some important ways, I don't think that I could have understood him until I had children. He's a good man, a good example, loved by his family and respected by his peers. A great father.

But I had to walk down that same road to know these parts of him. Now I get to walk that road with him, in a way I never could before.

Darius Rucker is new to the country music scene, but he has a song that captures that road. Happy Father's Day to all fathers, or to anyone who had a father.

It won't Be Like This For Long (Songwriter: Ashley Gorley, Charles Dubois, Darius Rucker)

Four years later ‘bout 4:30
She's crawling in their bed
And when he drops her off at preschool
She's clinging to his leg
The teacher peels her off of him
He says what can I do
She says now don't you worry
This’ll only last a week or two

It won’t be like this for long
One day soon that little girl is gonna be
All grown up and gone
Yeah, this phase is gonna fly by
So, he's tryin’ to hold on

Just be thankful you don't have daughters... :)

Thanks for posting that song Borepatch.

It hits home, both for daughters and sons.

Bob, thanks. It's a great song.

This is one of my current favorites - along with "Then" by Brad Paisley, and "You're Gonna Miss This" by Trace Adkins.