The Moon and St. Christopher 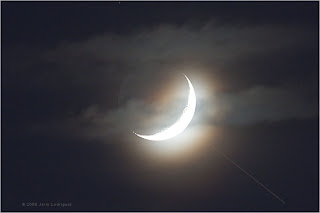 The longest journey a man can take is the eighteen inches from his head to his heart.
Unknown
St. Christopher is the patron saint of travelers, but I don't think he watches over that particular journey.

There are lots of reasons that people travel: making a living and trying to better their life, experiencing the pleasure of different climes and cultures, uncomfortable in their own skin and trying to put a little distance between themselves and themselves.

One of my favorite songs is Mary Chapin Carpenter's The Moon and St. Christopher. Someday we all come to the edge of the abyss, and stare into the void. What happens when darkness overtakes you reveals who you are, and where you go.

When I was young I spoke like a child, and I saw with a child's eyes
And an open door was to a girl like the stars are to the sky
It's funny how the world lives up to all your expectations
With adventures for the stout of heart, and the lure of the open spaces

There's 2 lanes running down this road, whichever side you're on
Accounts for where you want to go, or what you're running from
Back when darkness overtook me on a blind man's curve

But now I'm grown and I speak like a woman and I see with a woman's eyes
And an open door is to me now like the saddest of goodbyes
It's too late for turning back, I pray for the heart and the nerve

I have more sympathy for Gov. Sanford than I would have, not so very many years ago. He's run from the arms of lovers, from the eyes of friends, from the hands of kindness, because he can. I think I know the feeling that he had, looking into that abyss, of carrying the weight of the world. For him, it may be too late for turning back now - he's shown both his family and his constituents that they can't count on him.

Labels: Deep Thinking, me me me