The irony, she is thick

Foreign ministry spokesman Ramin Mehmanparast asked "the British government to prevent the use of violence by the police, and to engage in dialogue with the protesters and examine their demands in order to restore calm," the website said.

Translation: "Don't do what we do." 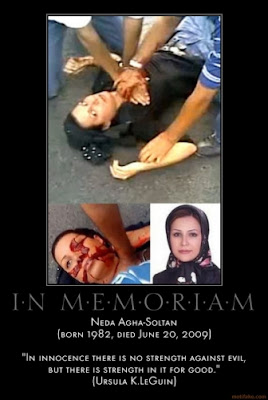 Via I Want A New Left.  You really should be following him.  If everyone on the Left were like him, I probably wouldn't blog much.

Use yours.  Remember it's mostly governments that make enemies, not people.
Posted by Borepatch