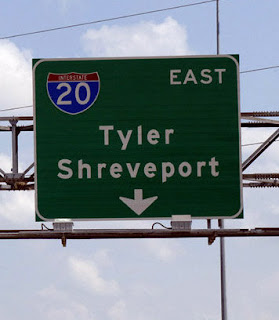 Memorial Day 1969 saw us drop Dad off at JFK Airport.  He was a history professor, and was going to spend four months in Paris chasing the scholarly research that would prove to be his big career break.

Flying in those days was a big deal.  It was expensive - likely ten times as expensive as now, if you adjust for inflation.  People wore suits.  We drove him to New York City all the way from Maine so see him off.

Looking back, I remember the excitement.  I was 10 years old, and this was a big, big deal for me.  A big enough deal to stick clearly and sharply in my mind.  I knew that something important was happening.

Dad flew off on TWA, and the rest of us drove off to Ravenna, Ohio to spend the rest of the year.  Mom was finishing her degree at Kent State University, less than a year before the protests there ended in blood.  Dad would spend the summer in Paris, finding that as an American, his money was suddenly no good when Neil Armstrong set foot on the Moon.

It was the first time that the family was broken, and it stands out sharp and clear in my memory.  It was hard not having Dad with us, there in that little apartment in Ravenna.  In the last year, I read the letters I sent him - at least one or two a week, from 10 year old Borepatch - that he kept in that little apartment in Paris.  I read the letters he sent to Mom, about the loneliness that cut to his heart, and how he couldn't wait to get back with us.

The apple doesn't fall very far from the tree.

I'm at the wrong end of I-20.  Flying is much less expensive now - the planes are really nothing but flying buses these days - but because it's the hoi poloi instead of the Jet Set you have to check your dignity at the counter (please have $20 cash for handling charges).  And we're not landing on the moon any more, so I have to buy my own beer.

But I know what Dad felt.  I have email, and cell phone, and Skype.  I work for a danged videoconferencing company, so soon I'll have high-end corporate 1080p HD with the family.

I find that I learn more about Dad, the older I get.  The apple didn't fall far from the tree, and I know what it meant to him to be torn from his family by the duties of the day.  I also know - and always knew - that we were the center of his world.


It was the pleasure of my life
And I cherished every time
And my whole world
It begins and ends with you
On that Highway 20 ride....

I think, I hope, that my kids know this, too.  The apple still doesn't fall far from the tree.

Someone objected to your hotlinking of their image...

Yup, I pulled it.

I know exactly what you mean- I followed in my father's career footsteps in going to sea- his sea voyages sometimes lasted 6-8 months, while mine never exceeded 4, but all the same, the loneliness remains the single largest challenge to all of us. Although the days of a 3 hour wait at a phone booth for the monthly call home are in the past for me, I find that even my daily phone call doesn't change the essential wrongness of being away.

Maybe you could buy them a Tandburg

They do BP. It may take them a few years before that knowledge comes to the fore in their minds but it's there and deep in their hearts they know it. I still remember vividly the first time my daughter said "You knnow Dad, we're a lot alike" and she was happy about it.

This made me cry, but at least we are not separated for the reasons in the song. It is a long Damn Hwy 20 ride though, and you are at the wrong end of it. We miss you, sweetie.