There is something dark the the soul.  Compare and contrast:

Part 1: the daughter of the Leipzig burgomaster in April, 1945. 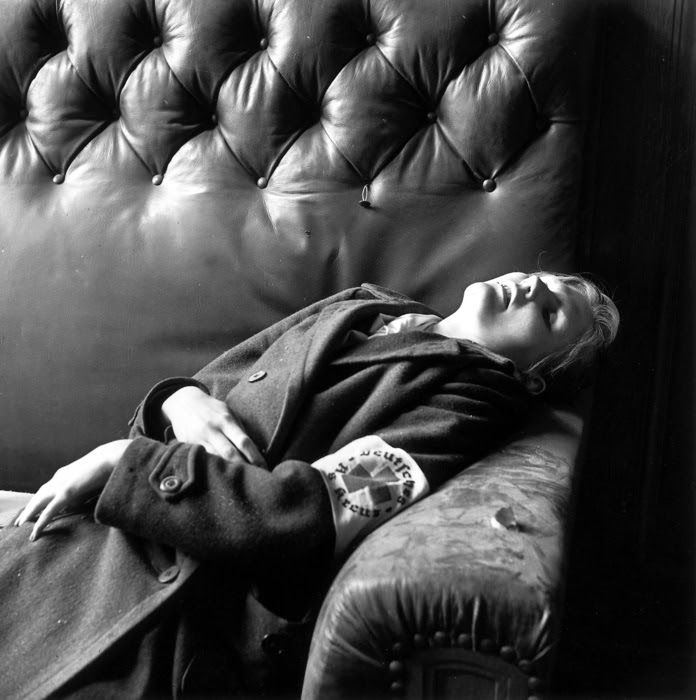 The end of Das tausendjährigen Reiches was hard for Nazi true believers, their families, and those in the path of the Red Army:


This suicidal impulse was not confined to the Nazi elite. Ordinary Germans in untold numbers responded to the prospect of defeat in the same way. At the Berlin Philharmonic’s last performance, which coincidentally but not too surprisingly was Götterdämmerung, the audience was given potassium cyanide pills. In April 1945 there were 3,881 recorded suicides in Berlin, nearly twenty times the figure for March. Untold numbers of victims of rape by the Soviet Red Army also committed suicide, and news of violence and rape further propelled mass suicides in villages all over Germany.

It was a wave of death, washing over the civilian population of Germany.  You might say that it was a mass impulse. 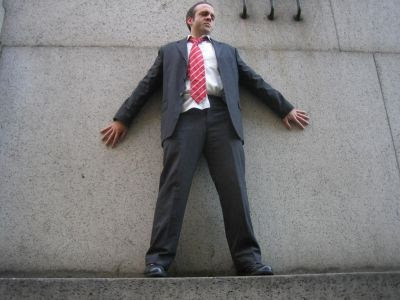 In Seattle in 2001, a 26-year-old woman who had recently ended a relationship held up traffic for a little too long as she considered the implications of leaping to her death. As motorists began to back-up on the bridge and become irate, they started yelling “Jump, bitch, jump!” until she did.

You Are Not So Smart looks at why police rope off the areas around someone who might jump; it's not to keep spectators from becoming an impromptu landing pad, it's to keep them out of shouting distance.  The crowd members have a tendency of losing their individuality, at which point the crowd becomes a mob.

Read both, and think especially on this part:


The risk of a spontaneous cheering section goading a person into killing themselves is high when people in a group feel anonymous and are annoyed or angry. It only takes one person to get the crowd going. Those are the three ingredients – anonymity, group size and arousal. If you lose your sense of self, feel the power of a crowd and then get slammed by a powerful cue from the environment – your individuality may evaporate.

Then think on the Internet, and anonymous blog comments.  Let's remember, and keep our humanity.
Posted by Borepatch

Labels: Deep Thinking, When life speaks in its Outdoors Voice

Frankly, the de-individuation essay smacks of projection. Maybe that's just my personal reaction to anyone insisting that 'under the right conditions' I'll lose all sense of myself. Sorry, I'm not buying it.

Frankly, if you're holding up traffic while deciding whether to jump I'm going to be one of those people shouting, "Do it or don't, but get the HELL OUT OF MY WAY!"

I've dealt with suicide attempts up close and personal. The quickest way to resolve public suicides would be for officers to offer their pistols to the individuals in question and ask then to kindly get on with it. Either they will, or they'll have to face the fact that they really don't want to.

I have sympathy for suicides. I think it sucks that they believe life is no longer worth living, but I also strongly feel that it is their life, and their choice.

When, on the other hand, someone uses the threat or attempt of suicide as a means of getting attention I have no sympathy. Twice, while I, and other of her children, were in the house my mother cut her wrists. Twice. I watched once while she screamed at her boyfriend, "Look what you made me do!" No one made her do it. She was drug addict and an alcoholic, and when all the attention wasn't focused on her she'd do anything to bring it back. I've lost count of the times and the amount of money my family has spent trying to help her, and yet to this day she blames us for her problems.

A girl I met in college has attempted suicide multiple times. Every time she has to call someone to say, "Goodbye." The results are inevitable. My feelings for her, even now, are deeper than those for just a friend, but we're not close. As much as I'd like to be closer to her I won't because I realized that I just want to save my mother all over again. And I can't.

One of the biggest problems we have in this world is trying to solve other peoples problems for them, and refusing to give up on those who don't want to be saved. I've seen it destroy my family. When it comes to suicide, my give a damn is busted.

My apologies for the rant.

I chased that link and read the longer article. It is the group dynamic that comes to us that leads to people behaving like a pack.

I was reminded of the man who committed suicide while being watched by people on his webcam, and the story of Kitty Genovese. Humanity is more than just not joining the mob. Humanity is reaching out, risking ourselves to help, and getting involved.

We always speak of 'civilization'.
Sadly, scratch most people and they become tribal or mobs. There was a time (40 years ago +) that having a tattoo meant you got too drunk in the service, or had been in prison. Now, it's 'art'. We're always microns away from chaos.
You are correct, let's remember our humanity.

Yeah, anonymity and mob behavior can lead to "dehumanizing" effects.

I suggest that this phenomenon is also in play in other, less obvious arenas: for example, we do things to our fellow man via the state, that we would never do to someone if we had to do it ourselves. Delegation + anonymity encourages even greater savagery.

That's how we elect presidents and senators these days, and the rational behind sending our troops into harm's way on the other side of the world . Not at all what the founders had in mind.