Gettin' my intellectual on ... 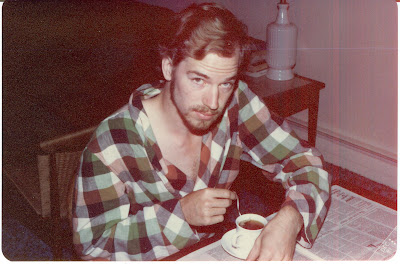 Ah, Cherie.  Yes, it is true that Hell is other people.
And tea.  Hell is tea.
I've said that I come from a family of intellectuals, although lately the term has earned some disrepute.  Those that pass for intellectuals these days seem mired in a low tribalism that interferes with their ability to think, and argue clearly and consistently.  Thomas Friedman is Exhibit A for the prosecution, but he is only one of a legion of others.

What it ironic is that one of the giants of progressive intellectualism showed them the error of their ways, more than half a century ago.  John Kenneth Galbraith was very possibly the last of the first rate progressive intellectuals.  His 1958 The Affluent Society is something that somehow I'd missed reading.  Dad told me to take whichever of his books I'd like, and I grabbed that one for the plane ride home.

Reading it, it's easy to see why it was so hugely influential.  It is clear, it is logically consistent, it progresses step by logical step towards its conclusion.  Much of it has turned out to be wrong in the last 50-odd years, but none of it is the weak beer offered up by today's progressives.

It's quite a good read, and is well worth your while.  His discussion of Marx is outstanding; not so much in explaining the nuts and bolts of the economic theory (although it's perfectly adequate), but in laying out just why it was that Marx was instantly so influential.

But his chapter on the Conventional Wisdom should be required reading for all High School seniors - and it is to be hoped that Thomas Friedman takes a remedial course that covers this topic.  The dry sarcasm merely is the garnish on what is the single best exposition of precisely what it is to be a true intellectual - challenging your own too-comfortable first premises:


The conservative is led by disposition, not unmixed with pecuniary self-interest, to adhere to the familiar and the established.  These underly his test of acceptability.  But the liberal brings moral fervor and passion, even a sense of righteousness, to the ideas with which he is most familiar.  While the ideas he cherishes are different from those of the conservative, he is not likely to be much less emphatic in making familiarity a test of acceptability.  Deviation in the form of originality is condemned as faithlessness or backsliding.  A "good" liberal or a "true blue" liberal is one who is adequately predictable.  This means that he forswears any serious striving towards originality.  In both the United States and Britain, in recent times, liberals and their British counterparts of the left have proclaimed themselves in search of new ideas.  To proclaim the need for new ideas has served, in some measure, as a substitute for them.

And thus we see described all we need to entirely understand Thomas Friedman's oeuvre: "adequately predictable".  While I disagree with much that is in the book (in this, I clearly benefit from knowing the history of the last 50 years, which Galbraith could not), this is a tour de force which is an absolute pleasure to read.

It's also brought into sharper focus some of the things I've written in the last year, The Long Tail of the Internet and the Election of 2010, and especially The intelligence of the Political Class.  Really, all of the posts containing the line The dinosaurs smell a change in the air, and roar their defiance.  It's really all about a class that has lived comfortable and adequately predictable lives, now struggling in a suddenly unpredictable world. 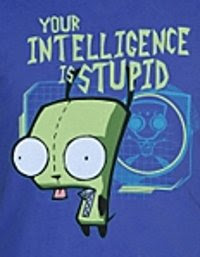 I cannot recommend this book too highly, particularly to those who lean to the right - or libertarianish folks leaning towards the wookie suit.  Much ultimately is unconvincing, but there is a great deal to learn here, and it will make you think.  Really think.

Quite frankly, that's the highest compliment I can think of.  Would that today's sadly degenerate progressive "intellectuals" do the same.
Posted by Borepatch

Just ordered a used harcover copy of the book from Amazon for 29 cents.

Glad you mentioned this. It's now on my reading list.

Mine also, when/if I can find a copy.

May I suggest a possible companion-piece? If you haven't already read it, that is. The True Believer, written in 1950 by Eric Hoffer, examined the nature and origins of political mass movements ... and unlike a tract on economics and contemporary society, Hoffer's writing applies to all humans in all cultures, today as much as sixty years ago, postmodern America as much as back-country Sudan or Libya.

My parents loved JKG just because he was Ambassador to India during the Nehru-Fabian Socialist era, during their off-term as missionaries - and also because he was a snooty intellectual. Somehow I learned to dislike him.

Thanks for those quotes. I'll have to grab a copy of that one, for sure.