Doubletrouble tells us that it's not long for the world, killed by pressure from the Nanny State.  Now, I must admit that I was never a big fan, even as a kid.  I also must cop to the charge that I hate the dang meddling Gubmint - my body, my self!

Still, it reminded me of an early security post that I did here - I'd only been blogging for maybe 2 weeks or so.  And it involves Cap'n Crunch.  So as an homage to Doubletrouble's eagle eye (not to mention ability to make my blood pressure spike), here's the intersection of security and breakfast cereal.


Airline security: smart or not?

Bruce posts about some idiots that want to set up an Invisible Fence in a commercial airliner and give y'all a shock collar:


The bracelets remain inactive until a hijacking situation has been identified. At such time a designated crew member will activate the bracelets making them capable of delivering the punitive measure - but only to those that need to be restrained.

Bruce makes great points about qui custodiet ipsoes custodes, ending with the Question Of The Day:


I mean, what could POSSIBLY go wrong?

Well, Bruce, as a Full Service blog covering security issues, let me count the ways:
I'm just waiting for those crazy kidz at Defcon to make a homebrew airline "Shock 'o Matic" for everyone to take home on the flight from Vegas. Don't believe me? Follow the link: "Real time social networking for Ninjas". Cool time. Check out the lockpicking and hardware hacking sessions. 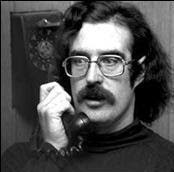 Let me close with a story from the Old Days of computer security - so old, it was even before my time (yes, kids, it's true!).

This man called himself Cap'n Crunch:


The reason is that he figured out that he could program the long distance telephone switches (remember, kids, these are computers) to give him free long distance calls. This was back when long distance was muy expensive.

How did he reprogram the switches? What specialized hax0R tools did he need? This:

That's right, the prize in the cereal box.

How on earth was this possible? Well, it mostly boiled down to:
Of course, nobody who says anything like this has ever been to Defcon. Remember, kids, don't try this at home!

So Bruce, the answer to your question is "more than you can possibly imagine."

UPDATE, 7/10/2008 19:24: Looks like this is busted. Seems that someone proposed this to the TSA a while back, and the TSA said "thanks but no thanks." I still stand by the assertion that whoever proposed it had never been to Defcon.

Yes, I'm a lazy blogger, digging up almost three year old posts.  Why do you ask?
Posted by Borepatch

When doing my summer internship as a psych student I worked at a place that was dealing with "troubled youths."

They had pre-sweetened cereal there because it had less sugar than what the inmates would add to, say, corn-flakes.

Everyone who worked there agreed about doing it themselves...

It's funny the things that memory can dredge up. I remember a fiction book from back in the 70s or 80s that had a society that was very caste driven, and everyone had exploding collars around their necks from birth. These collars were color coded, and secret agents would prowl the populace, exploding the collars as they overheard plotting against the power structure, blasphemy, or any one of a hundred other offenses against society.

Guess someone else read the book... Either that, or it's just parallel evolution, since the book's main protagonist was taught how to disable the collars and use them against the enforcers.

The Captain retorts,"Rumors of my demise have been greatly exaggerated."

I can get worked up about the abuse of the constitution, as should we all, but when you try to take away my comfort food, I can come unglued!

Please back away from my breakfast! I will harm you like the dogs that you are!

As ASM826 said, this isn't true about the Cap'n going away.