The definition of "Impractical" 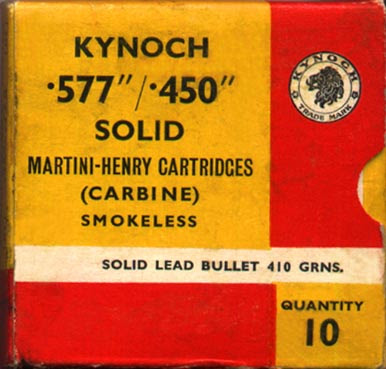 And the Brits used the Martini carbines in World War I for air defense against Zeppelins - firing incendiary rounds called "flaming bullets".  Man, I want one of those so bad I can taste it.

Depends on markings and condition. But for $500, I'd be looking it over closely with an eye to buy! I need one for my "Colonial Africa" collection.

Well my granny actually saw a Zepplin being shot down on a raid over Teeside in England during the first world war.

I remember in the 70s a place called Navy Arms had those things for dirt cheap. Cases of ammo could be had for not much or you could buy them converted to 45/70 and even .22 long rifle. I wish I had bought a bunch of them.
Wild Ed's Texas Outdoors

Well, okay, but not first. You need to work up to that. I mean really, Borepatch. You don't even a safe yet, do ya? Make a list. Put this on it. The lovely and thrifty one went first, now it's your turn. I don't know if $500 is a good price or not, but you'll spend more than that for almost all the guns you want. And as I warned you, any gun you shoot with regularity is going to cost you significantly more than the purchase price in ammo.
Every once in a while one of them will be like this. Something you have to have, sensible or not.

Get a Curio & Relics license and you'll be able to buy them at a better price.

Also, be careful if looking to buy one. There are a lot of Pakistani fakes out there, or rather Pakistani copies that aren't authentic and aren't safe to fire.

The ammunition may not be reloadable or at least be difficult is it's Berdan primed and not Boxer primed.

They are intriguing rifles and if they were inexpensive enough I'd love to have one as a wall hanger.

Thats cheap compared to the prices the fetch here in the UK cases can be got from Kynamco Ltd in the UK that are Boxer not Berdan, have a friend in my club who shoots one a lot and has written a very good article on reloading that caliber the cases are not cheap but last a long time,if you want email me you have my email and i will dig the article out and sent a copy to you.
AJD

Friend if mine picked one up for $50 in Kabul. Khyber pass copy or not, at that price its worth it for a wall hanger.

Welll - the price of the piece is not so bad. And Berdan primed cases can be "recapped." It's just a great deal of trouble to fill the cases with water and use hydraulic pressure to deprime. And more trouble to either find the proper size Berdan primers to fit or machine the primer pockets to fit what you find. And then work up a practical load with modern powders.

As I recall, "flaming bullets" were phosphorus tracers, and with hydrogen filled balloons it did not take much to create fire in the air. A bit rough on the gasbag's passengers, but what the heck. They were only Boche.

My M-H was made in 1877 so it could have been at Rorke's Drift. At least that's what I think as I clean it while ZULU is on the DVR.
Don't look at me like that. You clean your SAAs and Winchesters while watching The Magnificent Seven.
Don't you?
OK, maybe it's me.

Heck, they're still in use here in Afghanistan. I just got a case in the other day with a dozen rounds of ammunition for it that looked to be a hundred years old, and was still being used....

Hehe, actually had to go and look up the proper name for the cartridge itself, the Short Chamber Boxer-Henry .45 Caliber Rifle Cartridge.

I'll echo totwtytr's caution. The Khyber Pass (kp)fakes are newly manufactured wall hangers, some are brazed together inside, but they will chamber and fire.

One that was tested to destruction, went after around 150 rounds of .303 mil surp. The tester bought it at a range from an unsuspecting guy who was going to be shooting it.

Some of the forum pages have stickies on how to identify the fakes and who is selling them as genuine, beware!!!!

Properly made Martinis are superb, I have several, mostly the little BSA version of the Francotte, but also a small rook & rabbit and a BSA martini International target rifle.

Check out some of the work people like Robert Snapp have done customising them. The little BSA action will happily re barrel right up to .30-30, it is superb for rounds like hornets and bees, .357 mag and max, allong with the rimmed version of the .30 whisper.

There was a big hoard of Francotte patent martinis came out of the royal palace in Nepal a couple years back. They're rusty, but v interesting project guns and way better than KP death to infidel imitations.

Also check out the Greener shotguns on the Martini action. It's the same basic action as the .577/.450, but with the barrel inserted so the hinge pin of the block lines up with the centre line of the bore, (in the originals, the hinge pin is well above the line of the bore). The change in angle allows them to accept the longer, fatter shotgun cartridges, They will happily re-barrel to the .577/.450 and even some of the big nitro express rounds.

For Berdan primed cases, get a machinist to make you a punch and die to convert berdan cases to boxer.

You will need to deepen primer pockets a few thou to get the primer to sit lower than flush and may need to use loctite to seal the slightly smaller boxer primer from falling out, but it will seal correctly on firing.