The posters down at your local patchouli shop tell us that Earth Hour is coming on March 26:


At 8:30 PM on Saturday 26th March 2011, lights will switch off around the globe for Earth Hour and people will commit to actions that go beyond the hour.

Some people are unimpressed:


In 2009 I was asked by a journalist for my thoughts on the importance of Earth Hour. Here is my response.

I abhor Earth Hour. Abundant, cheap electricity has been the greatest source of human liberation in the 20th century. Every material social advance in the 20th century depended on the proliferation of  inexpensive and reliable electricity. Giving women the freedom to work outside the home depended on the availability of electrical appliances that free up time from domestic chores. Getting children out of menial labour and into schools depended on the same thing, as well as the ability to provide safe indoor lighting for reading. Development and provision of modern health care without electricity is absolutely impossible. The expansion of our food supply, and the promotion of hygiene and nutrition, depended on being able to irrigate fields, cook and refrigerate foods, and have a steady indoor supply of hot water.

People who see virtue in doing without electricity should shut off their fridge, stove, microwave, computer, water heater, lights, TV and all  other appliances for a month, not an hour. And pop down to the cardiac unit at the hospital and shut the power off there too.

Kill the patients for Mother Gaia!  Of course, there is one place that is almost 100% green.  Every hour is Earth Hour: 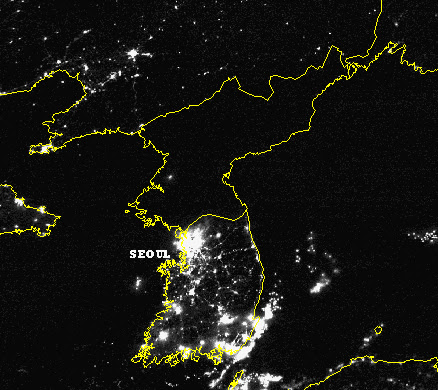 Europeans can get ready for a more Green lifestyle, though:


The days of permanently available electricity may be coming to an end, the head of the power network said yesterday.

Families would have to get used to inly using power when it was available, rather than constantly, said Steve Holliday, chief executive of [UK} National Grid.  Mr Holliday was challenged over how the country would "keep the lights on" when it relied more on wind turbines as supplies of gas dwindled.  Electricity provided by wind farms will increase by six-fold by 2020 but critics complain they only generate on windy days.

Hey, the Operating theaters all have backup diesel generators, right?  Never mind that those generators are horrifically polluting - inefficient generators throwing out huge amounts of particulates - and (as we see at the Japanese nuclear plants) not 100% reliable.  Still, if some poor sod dies on the operating table, it's eggs, omlets, right?

I mean, this is about Saving The World™.

So hippies, here's your chance to show us that you're not idiots.  And hypocrites.  Turn off the power for Earth Month, instead of Earth Hour.

Earth Hour...the time when I annoy my neighbors by turning on every light in and outside my home just to cancel out a dozen or so hippies who have turned their lava lamps off.

So stupid their patchouli must be radioactive.

Bull's-eye. Fission plants for now until fusion happens. (Which should be right now our sooner, think how much work could be done with the money pissed away on welfare parasites!)

I plan to fire up the two-stroke snowblower, the four-stroke lawnmower, all three of our cars (they're all Chevys, ten or more years old, and paid for, I'm not Jay Frakking Leno here), the grill, and every light and electrical appliance in the house.

I just turned on my completely worthless Lava Lamp (powered by a heat bulb, don't you know) to have it ready for tonight.

Not that anything is happening tonight, but I wanted to be ready.