Yes, we need it. No, the Democrats won't put it in Obamacare. That's not the point of this post.

The Brits need it more than we do. Suppose your child has a major problem. Suppose you take him to the National Health Service (NHS) hospital. Supposed you begged them to take your son's case seriously. What do you think would happen?

Cheryl Cressey, 48, told how she pleaded to have her son admitted to hospital. She said: “I kept going back and asking for somebody to look at him, but nobody would come. They rolled their eyes at me, they tutted at me, they turned their backs on me.”

A ten year old boy, dead from Meningitis. Sent home from the hospital with pain killers. What does avictim of socialized medicine look like? This: 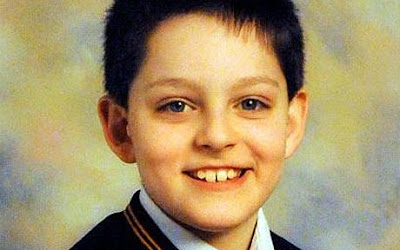 Here at least, we'd sue them to destitution. The only word for this is evil. State-sponsored evil.

From the place that used to be Great Britain comes this warning, if we're wise enough to listen. This sort of thing happens all the time, so I've started a new tag, killed by socialized medicine.

Thanks for the linkage, my friend.