I'm not a Libertarian

And pay no attention to that logo in the upper right hand corner.

I'm not a very good joiner. I'm not a conservative, because I only agree with part of what "Conservatives" have as their "platform" (as if there were a single conservatism, or a single conservative platform). Same on the other side: I'm not a Liberal. "Libertarian" keeps coming up, because I react strongly to attempts from both sides to roll back freedom. My problem is when you start following the path down to the logical conclusion of the Libertarian philosophy.

Eric Raymond is a real libertarian, and unapologetically so. For folks not familiar with him, he is a gun-handling, Linux hacking, outspoken member of the Open Source community. His The Cathedral and The Bazaar is something that anyone remotely interested in the modern tech community should read. Raymond has an excellent blog that I've linked to a couple times; he has a post up now about Roman Polanski, where he follows the Libertarian philosophy to precisely the logical conclusion:

Yes, Polanski is a contemptible scumbag, and no, I don’t buy the notion that artists should be exempt from civilized standards of behavior, and no, I’m not basing my evaluation on some legal technicality or the rumors of judicial misprison around his 1977 trial. No; my position is that Polanski should be let go because that’s what Samantha Gailey says she wants — and, as the victim of his rape, hers is the only choice that I think should matter a damn.

If Gailey were calling for Polanski to be chemically castrated or executed, my position would be identical. In fact, if she were calling for him to be executed, I’d cheerfully shoot the bastard myself, and not be too concerned about sparing any of the slimy Hollywood apologists for him who might happen to be in the line of fire.

What I am specifically concerned to deny is that “society” has any legitimate interest in punishing Polanski.

I think this is impractical, because it doesn't scale: one of the core functions of a government is to enable markets to form, and function. If I can easily walk away from freely contracted debts, there cannot be a financial marketplace in the sense that we have one now. By providing a legal venue for redress (backed by armed force, if necessary), the government provides the space for the market to function. This is one example of a public good (National Defense is another, which is where I think that Ron Paul wanders into an impractical wilderness).

In the absence of this space carved out by government force - and we should not fool ourselves into forgetting that at the end of the day, it is government agents with guns backing this up - then we end up with the society of the Hatfields and McCoys, or Montagues and Capulets. As an engineer would say, this doesn't scale.

My point is not to tell Raymond he's wrong; it certainly looks like his outlook has served him pretty well. Rather, it's the realization that my exercise of rights that I cherish requires a certain public space that likely would not exist without intervention from the government. Despite Miss Gailey's rather inspiring (in a Christian-charity sort of way) forgiveness of Polanski's transgression, the functioning of the marketplace of society - a marketplace that does not want to rely on blood feud - requires his punishment.

There are, alas, too many examples like this to make me comfortable in the formal Libertarian camp. Defense, integrity of coin-of-the-realm (deterring counterfitting), preventing local exploitation of the weak by the strong - all of these are (in my book) valuable public goods. Does our government do these well? Not so much, but that's not a theoretical or philosophical argument. My problem is with the philosophy, and where it leads. Years ago Steven den Beste wrote about this:

The Libertarian position on this and on other subjects often falters on the reality of the Tragedy of the Commons. My political opinion is that in many cases the only way to defend the commons is by government regulation, and most libertarians find that unacceptable.

Sometimes a philosophy can be a terrible master. Both my regular readers know that I'm a firm supporters of the Right to Keep and Bear Arms. But a man has to know when to say "enough's enough." 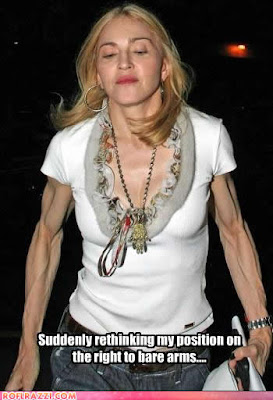 So pay no attention to that logo in the upper right hand corner. Sigh. Kinda lonely, when you won't play with any of the other kids. So what am I? Dunno. "Contrarian" may actually be a good fit:

Labels: Deep Thinking, me me me, philosophy

About the only person that I agree with better than 90% of the time is myself - and sometimes even I am of the opinion that I'm way off base.

I have the same problem with religion, too. Hmmmm.. Who'd have thought?

What I try to do, at least in regards to politics, is see the big picture. What person/party/stance is going to hit closest to the mark of where I think things should be - and I lend my support to that end.

People can get philosophically attached to being a rogue/independent/maverick just as firmly as they can become attached to the identity of Libertarian, Liberal, Conservative, et.al.

I'm sure that many people who might have voted against Barry in the last election didn't do so because they were "standing on principal", since McCain wasn't exactly what they wanted as an alternative.

That's their right, of course, but to them I can only say, "Gee... Thanks ever so much."

The value of deterrence should not be ignored, either. With a bit of luck he'll get thrown in the slammer somewhere, and the headline "Polanski shanked in shower by bad trick" will suffice to discourage others from doing what he did.

Why not be a libertarian like the 19th century Democrats who followed Jefferson to Cleveland, as cited in THE CHANGING FACE OF DEMOCRATS (Amazon.com) as well as www.claysamerica.com. The GOP follows Hamilton, Lincoln and Teddy Roosevelt, as interventionists.

About the only person that I agree with better than 90% of the time is myself - and sometimes even I am of the opinion that I'm way off base.

Reflectoscope, that's a different way of saying "enforce the integrity of the (social) market, by force of arms." I'll all for it, because we've seen what happens when you don't.

Clay, interesting site you have. I don't think that you need to go all the way back to 1892 for a Democratic Party that wasn't lost in the wilderness - Scoop Jackson represented what may have been the party's core even back when I was a Democrat. Good luck with your election campaign.

MS. Gailey's position is impressive, but IMHO it's also irrelevant. There's a reason why prosecutors are said to represent "The People," and not just the victim(s). Serious crimes like rape are crimes against society as well as the specific victim, and must be punished because the societal compact can't survive if they aren't punished.

I might also point out that Polanski is guilty of more than the rape. He's also a fugitive from justice. That's a crime against the system, not against any individual, and it needs to be punished too.

Wolfwalker, I agree with you on every particular. I'd encourage you to click through to Raymond's post, however, as he explicitly discussed some of these points.

I don't agree, but his post is - as typical - thought provoking.

His argument about Ms. Gailey not wanting Polanski imprisoned sounds too much like the "parents of soldiers killed in battle are the only ones that should be able to speak about the war." think that the Democrats were saying a couple of years ago.

As Wolfwalker points out, the issue of child rape goes beyond a single victim, even one who 30+ years later has moved on and forgiven her rapist.

Libertarians are too close to Anarchists for my liking. I'm for less government, but not for NO government.