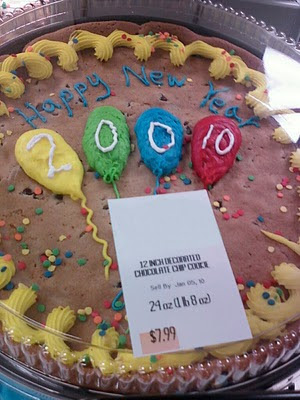 Rational Market Theory claims that financial markets will ultimately be rational, but only in the long run. In the short run, they can be crazier than a Soup Sandwich. When a market is suffering from a bad case of Teh Crazy, the first real sign of a correction is the appearance of Short Sellers.

Short selling (or "shorting") is a specific form of futures investment where the buyer believes that the investment will be worth less at some specific future date. It is essentially the opposite of the simplest form of investment, buying shares in a company because you think the shares will be more valuable in the future. Instead, you think the company is tanking. It was short sellers that showed that Enron was a house of cards. Ken Lay hated their guts.

But Shorts are taking big risks, and often have done their homework - better than the crowd, in fact. While the Crowd may accept Mr. Emerson's dictum that a foolish consistency is the Hobgoblin of small minds, Shorts see the small inconsistency as a sign of something significant.

Obviously, corruption at Enron did not prove that all business enterprises were corrupt. Conversely, no defence lawyer for Ken Lay or Jeffrey Skillings or Andrew Fastow would have stood before a court and argued that, because no one had showed that all business enterprises were corrupt, corruption at Enron didn’t “matter”. It did matter. Honest businessmen did not discourage an investigation of Enron or try to sweep it under the carpet. The best way to restore confidence in the rest of the system was to do a proper investigation of Enron.

I think that there is a useful analogy here. Defects in proxy reconstructions do not prove the non-existence of AGW just as corruption at Enron doesn’t prove that all businesses are corrupt. But the fact that some lines of scientific argument are unaffected by CRU conduct or misconduct doesn’t mean that potential misconduct by CRU and others doesn’t “matter”. It does. The difficulty of the “community” in understanding this does not reassure the public – that’s for sure.

Both the Global Warming Skeptics and the Shorts came from the same starting point: something was not quite right with the data. With Enron, the profits/capital ratio seemed too stable, suggesting accounting shenanigans. With climate, the raw data seems to have been manipulated.

In both cases, the more people looked, the more funny stuff they found. With climate data, this is still playing out, and the scientific community has yet to come to grips with it. But people keep finding more manipulated data, data that can only have been manipulated for one reason: to show warming where there is none:

Although GISS can truthfully say they have not adjusted the GHCN data, the splicing of the last 6 years of the Post Office dataset to the warmer Gladstone Radar leads to a trend of 1.7 degrees Celsius per Century.

I have shown three possible options for more appropriate adjustments to combine all temperatures at the one site. Of these, the highest trend is about 1.5 degrees, which is close to the trend (1.4 degrees) of the nearest rural sites. Examination of these sites shows that their data is of questionable quality. The second option produces a trend of 0.9 degrees, and the third and (in my opinion) best option, 0.7 degrees. The average trend of the 5 nearest long-record rural sites (0.8 degrees) is between these last two options and so matches well. Nearby cities of Rockhampton and Bundaberg show adjusted trends of about 0.7 and 0.5 degrees respectively, and Maryborough, ignored by GHCN, shows a trend of 0.4 degrees.

Thus the GISS record for Gladstone is derived from cynically cherry-picked data. The resulting trend of about 1.7 degrees Celsius per Century cannot be justified. The record is false.

This is only the latest example, as the Long Tail of the Internet does the peer review on climate data that the scientific community won't.

Is there a Key Lay for ClimateGate? We'll have to see:

At the GISS website, the responsible NASA official is listed as Dr James Hansen. I will leave it to others to decide what he is responsible for.

Me, I'm short on Global Warming. This theory will be worth less in the future. Much less.
Posted by Borepatch