According to Transportation Secretary Ray LaHood, in testimony to Congress:

... as [Congressman] Souder pointed out, lowering the speed limit to 30 mph would save a lot of lives, but we don't do it. Aren't there tradeoffs, he asked.
At which point Secretary LaHood achieved liftoff and rapidly departed reality. He responded that lowering the speed limit to 30 mph would not save any lives, which is why we have minimum speeds on highways. Representative Souder looked just as flummoxed as I was; did the Secretary of Transportation really not understand that the minimum speed limit exists to ensure that traffic is traveling at basically the same speed--which is indeed safer than allowing wide speed differentials? Could he possibly believe that it was actually safer to drive 40 mph than to drive 30 mph?
Yes, apparently he could.

Well then. Here's some free advice to Secretary LaHood, who clearly needs some help with the hard sciences: 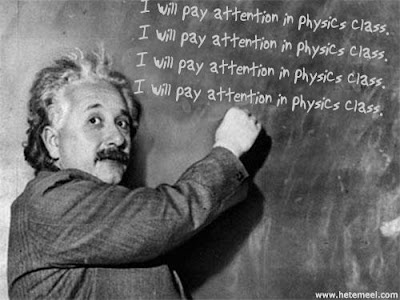 No need to thank me, it's all part of the service.

I'm sorry, but I'm really tired of hearing people talk about how dumb Sarah Palin is.

ADMINISTRATION, n. An ingenious abstraction in politics, designed to receive the kicks and cuffs due to the premier or president. A man of straw, proof against bad-egging and dead-catting.
- Ambrose Bierce

"But it also seems like the hysteria and the hype are rapidly becoming unmoored from any actual danger."

This one sentence could describe just about everything, if you replaced "any actual danger" with "reality."

The mistake you're making is in presuming that people would actually obey the lowered speed limit.

He didn't say that driving slower wouldn't save any lives, he said that lowering the speed limit wouldn't.

One deals with physics. The other with human nature.

Sort of like saying that banning guns doesn't save lives.

The laws of physics would dictate that if no one had guns, lives would be saved because other weapons are less effective.

The laws of human nature, however, dictate that the people who really want to have guns would have them anyway and the end result would be the exact opposite of the intended one.

Speed limits can work in exactly the same way when they are lowered to the point that the average driver feels they are unreasonably slow.

People who think the speed limit is too low drive how they choose to regardless of the law. More cautious drivers drive the limit or just below. The end result is a greater disparity in speeds between those who obey the law and those who don't than would exist with a higher limit; the consequence of which is a more dangerous road overall, not a less dangerous one.

Just like with gun control, you can't just look at the surface of the issue to see it's true impact.

There was a town in Europe somewhere that I read about a few years ago that removed all traffic and speed limit signs from their town.

The accident rate actually decreased because people were required to pay attention to their driving and what others were doing around them rather than just mindlessly obeying the signs.

Completely flies in the face of conventional wisdom, but human nature and behavior rarely fit within an easily quantifiable box like physics or other hard sciences.

If SailorCurt hadn't beat me to it, I'd have said take down all the speed limit signs and see what happens.

Good points, but that's not what he was saying. He was basically trying to say that there were no consequences to his agency's regulations.

He wasn't for a minute proposing eliminating speed limits, or any other regulations. On the contrary.