The Missus has a post up that's quite a trip down memory lane, from back before we had kids (B.C. - Before Children) and took some vacations in the south of France.  She has some spectacular photos - so spectacular, in fact, that I suspect that she didn't scan them but rather found them on The Intarwebz. Ah, for the days of two incomes and no kids in College ...

But it got me thinking about days gone by, and how it had been quite some time since I'd posted random photos.  So here you go. 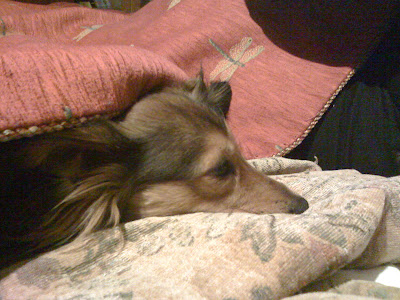 Little One-Eyed Dog.  Good thing she's so cute, because she's quite the hellion. 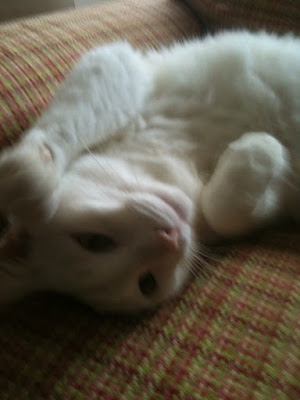 Little One-Eyed Dog did not like it when Crash came to live with us.  Neither did the mice.  Crash got one under #2 Son's bed one night, chasing it between the toy bins stashed under there.  #2 Son said it was a hair raising racket.  Crash caught the mouse, and then proudly dropped the carcass outside #1 Son's door.  Groggy and barefoot in the morning, #1 Son stepped on it.  Good times, good times. 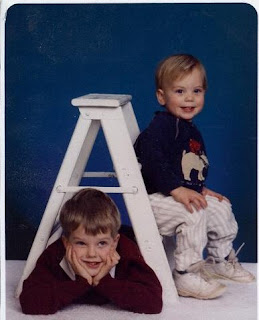 #1 Son and #2 Son.  Man, that was a long time ago.  I have this picture with me here at FOB Borepatch.  They roll their eyes at me, but I don't care.
Posted by Borepatch