The Most decorated American Soldier of World War II

Via A Large Regular, we run across the astonishing story of MSG Lewellyn Chilson.  The citation for his second Distinguished Service Cross reads like it should be a movie script: 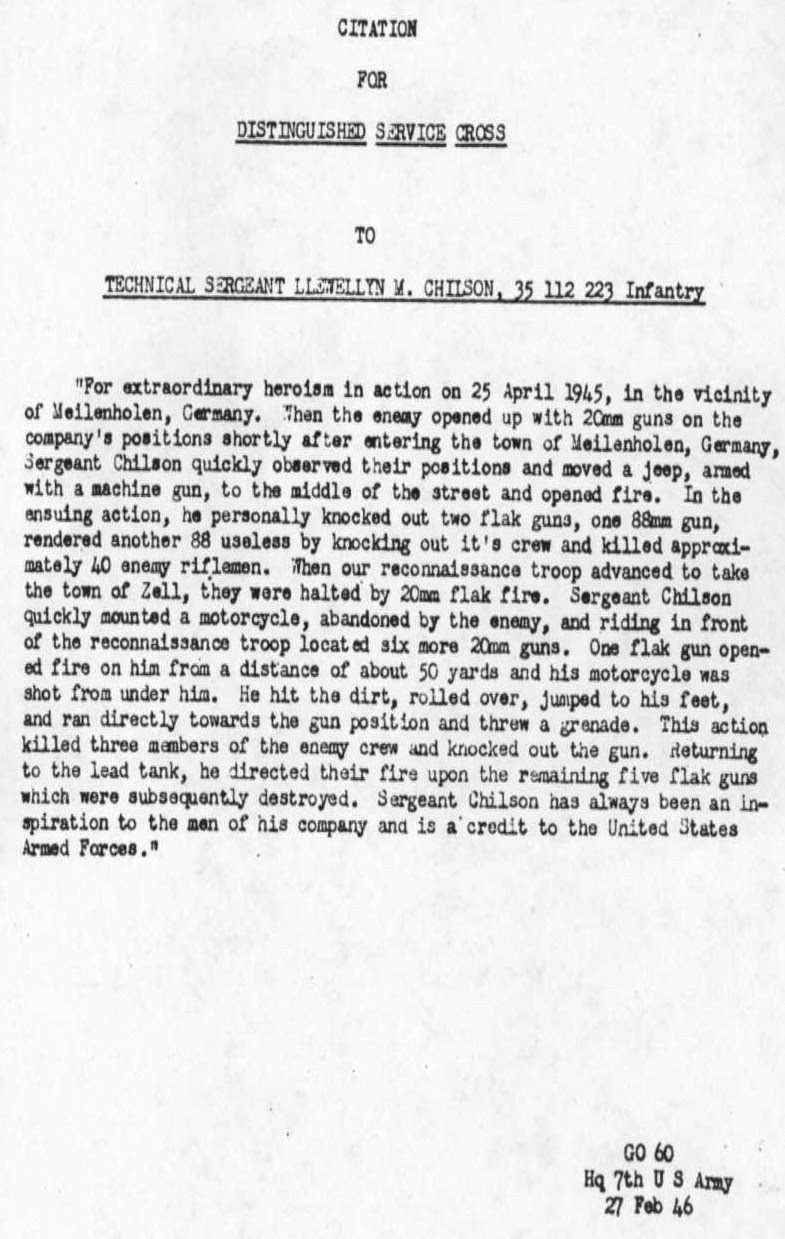 Notice the dates - almost a year had passed since the action.  The reason that it took so long is because he was submitted for so many medals that the Army put extra effort into investigating them - they didn't believe it at first.  It was such a story that President Truman himself pinned seven combat decorations on him in a White House ceremony.

It took a lot to kill MSG Chilson: he survived the crash of a C-124 Skymaster in 1961.  But as with many of his age, the larger than life bit never translated to civilian life, and he died too young (at 61) in 1981.  It seems that he was truly a warrior, and running a gas station just didn't need that skill set.

I thought Audie Murphy was the most decorated U.S. soldier of WWII.

"Sergeant Chilson has always been an inspiration to the men of his Company.."

And he continues to be an inspiration, 75+ years later.

Are you sure that's not Chuck Norris under another name?

Well no wonder. With a name like Lewellyn, I bet he grew up tough.
That's almost as bad as a boy named Sue.
Great bit of history there BP.

MAJ Mike, I read this on Wikipedia. It's entirely reliable. ;-)

Kx59, Bill, or George, anything but Lewellyn!

And I thought Sgt. Rock was a comic book guy...