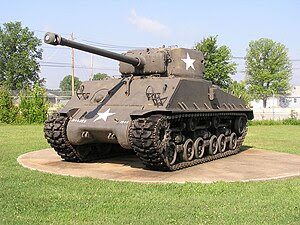 76mm HEAT M4 Sherman main battery (with tank as gun platform).  The 76mm was a big improvement over the original 75mm - much more so than the trivial extra millimeter would suggest.  The Sherman is still simple enough to be (vaguely) practical for private ownership.  I'm guessing that this would be classified by the ATF as a "Destructive Device", so the cost will be higher because of the extensive legal work to get all the licenses. 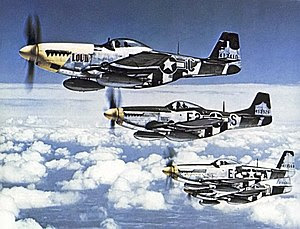 Ma-Deuce (P-51 as the gun platform).  Because what's more awesome than Ma-Deuce?  Six of them riding on the greatest propeller fighter of all time.  These planes are popular at air shows all over the land, but this would take that to a whole 'nother level.  Not just low passes, but strafing runs.  Like with the Sherman, I expect that you'd need to budget extra for legal fees (or political contributions) to get the right licenses.  Hey, it's my fantasy, right? 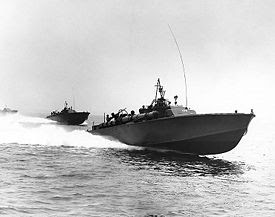 Mark 8 Torpedo tube (PT Boat as gun platform).  Yeah, it's a wooden boat, and so upkeep will be a pain (buy stock in Valspar), but let's face it - if you want to play one ups-manship at the local marina, this would about do it (note to self: make sure that proper grey camouflage paint job is done before taking it into harbor).  New England residents will get bonus points if you paint a number "109" on the bow.  And if you dock it in Hyannisport.

Siege of Constantinople bombard.  There's a reason that the city is called Istanbul, and this is it.  The old Theodosian Walls were no match to the firepower of these monsters.  Yeah, it took a team of oxen to haul it and you were lucky to get off three shots in a day, but those old Roman fortifications just couldn't take the pounding.  Bonus points: this is likely not covered by the NFA (worst case, it's classified as a Curio and Relic firearm).  Downside: local meth-addled thugs will want to swipe it for the scrap value.

A 2.7 mm (10 caliber) Kolibri, simply because it's about at the opposite end of the size spectrum from the Sultan Mehmet bombard.  The whole pistol isn't much bigger than a single .45 ACP cartridge (shown in the picture for scale), so this is a mouse gun that might only make the mouse mad if you hit him.  Actually, I couldn't think of anything else, but this is goofy enough to add to the list.

I'm thinking I could score this sweet list for $20M or so - $30M tops.  Might have to look at one of the former Soviet Bloc countries for an old bombard, but I understood that the rules stated that money is no object.  I expect that this is the strangest list posted in this meme, but you guys know that any incoming transmission from Planet Borepatch is going to be weird.  It was actually fun asking myself what will dial the weird up to eleven. Sure, it's really not what Robb was getting at in his meme, but like Newt, I pride myself on being visionary.  And unlike a Moon Colony, this isn't idiotic.

Well, it is, but it's not that idiotic.
Posted by Borepatch

Especially since the M4A4E8 will be several thousand dollars. Maybe even several tens of thousands.

Besides, this is a cost is no option list. Why mention prices?

You also made a mistake in your pictures. You mention "greatest propeller fighter of all time" but show a picture of a P-51D not the correct F4U-1D. Common mistake.

I'm willing to give the corsair pride of place for fighter/ground attack, but the P-51 was simply the best pure air superiority prop driven fighter.

Your mileage may vary. Certainly the Corsair stuck around longer, but it was in a ground attack role.

You used the word "meme" in this post. I don't know if we can be friends any more. :(

And if you dock it in Hyannisport

Yeah, I want to be there to see it when you try sailing up in a warship, er, warboat.

I was always partial to destroyers as platforms, although there's no one weapon on them that really stands out to me. They'll mount torpedoes, depth charges, and various bits of artillery.

But then there's Dad's old ship, the USS Little Rock in Buffalo. Guided missile cruiser, makes the destroyer tied up next to her look like your PT boat. She packed a lot of firepower but she was mostly a strategic weapon: she carried something like 12 or 16 inertial guided missiles in a big carousel in the stern. She did the cruise missile trick back in the 1960s before there were cruise missiles.

As long as we're going big I want a French 75 for when the Big One hits and I have to cordon-off the neighborhood, and my choice of Ma-Deuce platform is the pilot nacelle of a P-38 Lightning - you need serious distance and two drop-tanks when you're flying over the pacific and Guadalcanal is waaaay over the horizon. The other planes (Mustang & Corsair) only came into vogue and application when they were able to begin island hopping and had land-bases from which to execute their attacks...

Dave, "P" is for "Pursuit" - basically an old term for defensive air superiority. P-47 Thunderbolt had that designation, even though in practice it was a fighter bomber.

I think (too lazy to Wikipedia check) that P-80 was the last designated airframe under that label. It was a jet, but IIRC was designed during the war when the nomenclature still used the term.

All I can say is that while the wheels of Military bureaucracy grind slowly, at least they grind. A bit.

WHAT!?!? No Atomic Annie? I thought you said you thought big?

ambisinistral, I want to be able to *shoot* these. No Safe Queens for me, thank you very much.

That would be enough gun for me to fill up all five slots.

Piffle! You want a Ma-Duce platform get yourself a REAL one. An A-26 Invader.
Up to 8 M2s in the nose.
Another 8 in under wing pods.
Two each in the upper and lower turrets that could be locked forward.
That's TWENTY .50 BMGs.
You could delete some of the nose guns and put in a 105mm but that's just silly.

Speaking of silly ... Has anyone ever drawn up plans for an AC-5 or AC-17 gunship?

I'm going to have to second the Corsair thing. Just something about a plane with a documented case where the pilot chopped the tail off an enemy with that monster propeller and managed to land the plane again...

As long as we keep it light, no harm; no foul.

I think that each was the best fighter in their theatre.

Both played ground attack in Korea, and the ruggedness of the air-cooled radial let the Corsair hang on longer because it was far less susceptible to golden bb's.

Did you know that the P-47 was faster than the Mustang? It's true!

I missed a gun, the Belgian Rattlesnake, mounted on the top wing of an SE.5a...

DirtCrashr, the SE.5a was very cool for its time. I'm a bit of a heretic for thinking that the SPAD XIII was the best fighter of the Great War.