Where is Jörg Haider when you need him?

So the latest "plan" to save the Eurozone is for the German government to take over the governments of Greece, Italy, and Spain?  Because quite frankly, nobody believes "assurances" from any of the PIIGS countries that they will restore fiscal sanity.  Nobody.

And so the €Trillion bailout funded by die Deutsche Volk will need real collateral - basically the PIIGS governments will go into Receivership if they don't follow through.  Which, of course, they won't.

And so the really interesting question is whether the Germans will take over Southern Europe or not.  Chancellor Merkel almost certainly won't, which everyone knows, and is a further blow to the credibility of EU bailout efforts.  So what would inject some desperately needed credibility? 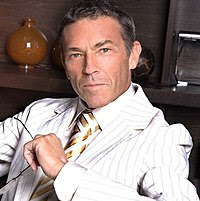 Jörg Haider was a far right Austrian politician who briefly was a significant partner in a coalition government - to the horror of all Right Thinking Europeans™.  Haider was a no-nonsense sort of guy who knew what the Europroles wanted and was willing to go around the elite to get it.  His proposed 2006 referendum had the Usual Suspects™ seeing red; fortunately (for them), he died in a most convenient automobile accident soon after.

But there's no doubt that if someone else of his ilk rides a wave of German discontent to the office of Chancellor, the EU may come to deeply regret trying another "temporary" clever way to inject some short term credibility into the process.  An actual strong German Chancellor with the deeds to the Southern European governments might be tempted to do something with them.

As I wrote a year ago:


The subsidies required to defer a financial collapse and default are the better part of a Trillion dollars, just for Greece. Guess who pays?

You simply cannot look at this situation without a voice in the back of your head whispering die deutsche volk. Nationalism horrifies the elites, but nationalism feeds on an external enemy (or irritation), and the German people have every right to be steamed right now. One of the two key differences between Transnational Progressivism and Fascism is creaking.

And so, no appeal to the European populations are to be allowed by the elites.  Even though it's probably the only way to inject any credibility into their Continental pipe dream.  And so, step by too-clever-by-half step, they are leading Europe to the tipping point, where German nationalism finds itself provoked once too often.

Funny, I think I saw a movie about this.  Something about financial crises compounded by weak leadership throughout Western Europe.  Oh well - probably it was no big deal.
Posted by Borepatch

Been thinking that the Germans have been overdue on their scheduled "take over Europe" game. Maybe this time at least they won't do it with jackboots.

It's ironic that after two World Wars, Germany is now conquering the rest of Europe using financial means.

The first thing I thought of when I read your headline: "Jörg Haider? Heck, where's Heinz Guderian when you need him?"

My second thought: "I think I've seen this before."

Didn't we have a discussion with the Germans re Sudetenland in the 1940s?

I seem to recall they changed their minds. Maybe we should just let them go ahead this time...
Q

They keep trying, by every different means, to get that sweet summer house on the water, in the south-south-south...
My friend Stephen from Köln would be so happi!

Poland remains notably quiet on the wonders of having Germany manage one's nation.