Turtles all the way up

China is cratering.  It's so bad that some even dare to say it out loud:


Larry Lang, chair professor of Finance at the Chinese University of Hong Kong, said in a lecture that he didn’t think was being recorded that the Chinese regime is in a serious economic crisis—on the brink of bankruptcy. In his memorable formulation: every province in China is Greece.

Fourthly, that the regime’s officially published GDP of 9 percent is also fabricated. According to Lang’s data, China’s GDP has decreased 10 percent. He said that the bloated figures come from the dramatic increase in infrastructure construction, including real estate development, railways, and highways each year (accounting for up to 70 percent of GDP in 2010).

Think about that last one.  Seventy percent of the entire economy is building stuff.  That's why China is filled with Ghost cities where nobody lives and Ghost trains that nobody rides.

What isn't discussed - but which would be very interesting indeed - is what the return on capital rates are.  Of course, any figures that the Red Chinese government* releases will be cooked.  Lower level functionaries won't want to be "the guy who didn't meet target", and so the books get padded.  The next level up will be doing the same, and so on all the way up to the final 10% GDP growth numbers.

It's nothing but turtles.  Turtles all the way up.  Some day soon, one of them will sneeze. 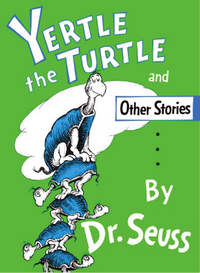 We may be screwed by our miserable ruling class, but China (and Europe) are screweder.

* I say "Red Chinese" because it afflicts the comfortable.
Posted by Borepatch

"...and of whom is this Larry Lang do you speak?" "There is no Larry Lang"- Chinese Government

I prefer CHICOM, myself.

Typical neo-Stalinist macroeconomic policy. Pay people to build the factory, work in the factory, drive the product to another factory, destroy the product and reduce it to new raw materials, and then pay them to ship the materials back to the first factory. Go around in circles until the whole thing rusts out and collapses under you,then blame foreign agents or 'wreckers'.

Well, if you have an office building or a high rise condo sitting empty, the ROI is exactly 0%.
I suppose, on paper you could gin up a rise in equity, but this requires a buyer to realize a profit. There appears to be a dearth of buyers in China at the moment.

That same principle — never tell higher-ups the truth — led to tens of millions of deaths by famine during the Great Leap Forward in 1958-61.