The end of the road for Global Warming hysteria 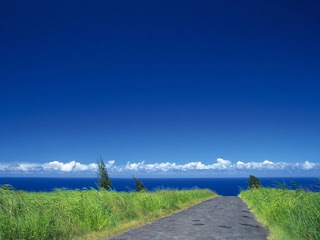 Global Warming hysteria has had a good run - over twenty years, but we're approaching the end of the road for the Global Warming Industry (bloated scientific bureaucracies, bloated green NGOs, the bloated UN IPCC, etc).  While I shall shed no tears for this crowd, it's not my dislike of the corrupted state of the science that leads me to this conclusion; rather, it's a merciless financial calculus that is playing itself out across the globe.

And just in the nick of time, too.  While terribly damaging to the world's economies, the worst part is the terrible impact green policies are having on the developing world.  The result of the anti-growth/anti-industrialization policies is literally keeping a billion people in poverty, with its associated high mortality and associated misery.

A quick level set before I get to the meat of my argument.  This is an outstanding introduction to the entire situation.  The first part recaps the state of the science, and lays out how pathetically weak the "consensus" view really is.  The second part lays out the political landscape: where this came from (Al Gore came to this very late) and where it's going.  Warning: this video is over an hour long, but is well worth watching in its entirety.

The film ends on a very depressing note, pointing out (rightly) that the huge bureaucracy is entrenched, and will resist all efforts to reform it.  My take: it doesn't matter.

The green movement is about to get steamrolled by what's steamrolling the entire Progressive welfare state: all governments world wide are in a fiscal crisis.  Some are in bad shape (the United States and Germany), some are in worse shape (the PIIGS countries - Portugal, Italy, Ireland, Greece, and Spain), and some are in denial (Red China).  The state has grown aggressively, economies are buckling under the load, and Progressives are finding that they have run out of other people's money.

It's at this moment that the IPCC has asked for a multi-tens of trillions of dollars of wealth transfers to the developing world (money funneled through the UN, natch) for "Climate Change abatement".  And please pay no attention to the past ten years of cooling weather and a series of very public scandals in the Climate Science establishment.

Not happening, despite the entrenched green bureaucracy and their cheering section in the biased Main Stream Media.  But that's not the end of things.

As austerity bites hard, governments will be forced to slash programs.  They'll be on the lookout for expensive programs that aren't particularly popular, no matter how ideologically committed their supporters are.  We are in fact already seeing this: Spain has dramatically slashed its solar power subsidies, to the point where "green" companies are going bankrupt.  You see, the subsidies were the entire profit margin, and then some - how else can you deliver electricity that would normally cost five times as much as the alternatives?

The green establishment has been living on hyping disaster - ZOMG Thermageddon!!!1!!one! - for over a decade.  Essentially, it's all they know.  So they'll go try to wring a few more drops out of the public rag by amping the hype even more.  Expect the next IPCC report (Assessment Report #5, in perhaps 2 years) to be positively biblical in its predictions of utter destruction by a vengeful Goddess Gaia.

This will all be going on as the Euro collapses and all governments are wondering what else they can cut.  If it gets noticed at all, it will be a political problem for governments that would normally be sympathetic.  In the collapse, they can't afford to be.

As an example, ask yourself whether Obama would choose to put a billion dollars into the IPCC and the science establishment, or into ACORN?  Now spread this calculus across all of Europe and Asia as well.

There may be ten billion dollars a year going into the maw of the green bureaucracy.  As that bureaucracy makes life unpleasant for governments in the middle of a very painful retrenchment that is simply unavoidable, they'll make themselves a huge target.  Add in the continuing scandals, and it's easy to imagine a fig leaf of we're not canceling anything, just suspending the programs until we get the scandals sorted out.

Which somehow never seems to get sorted out, and ultimately the cuts become permanent.

Like I said, this isn't a rant about the corrupt science.  It's not even much of a prediction, because it's easy to call an outcome when there are no other alternatives.  But it's the end of the road for the green establishment.  Their ideology lives by eating other people's money, and now the money's run out.  They're fixin' to find out where they live on the priority list.

Hint: they'll find their place at the unemployment office.  And good riddance. 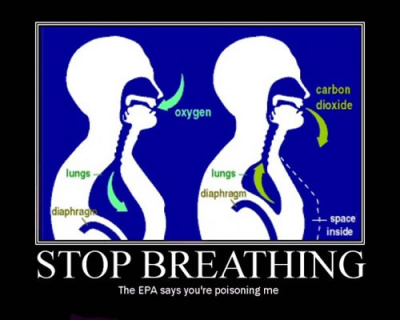 UPDATE 6 November 2011 21:50: This is incredibly important, about how it's quite simply immoral to keep the developing world in poverty.  I don't really agree with the whole green energy bit, but everything else if God's Own Truth.  The hard core Greens should be ashamed of themselves.

I hope you're right, but keep the open source revolution in mind. One of the themes at the Occupy Whatever protests is climate justice and other watermelon socialist ideas. From here, for example.

In other words, if the revolution succeeds, they will shut down anything these greenies think is environmentally wrong, regardless of the real science, and as independent of economic reality as they can be. How else do they achieve their goal of killing off 95% of humanity?

Good to go and posted.

Graybeard, I'm quite frankly contemptuous of the Occupy tools. I don't think that their little "Revolution" is going anywhere, because they want public cash, too. We're all out of money.

Good post, and lots of truth in there! Thanks!!!

Borepatch surely we can just print more money? It's worked every time before.

I'll keep saying it: There is no god but the Dieoff, and Malthus is his prophet.

Poor people are a pleasing sacrifice to their god.

The time-integral of sunspot numbers, properly reduced by earth IR radiation by using conservation of energy, accurately (R2=0.88) correlates with average global temperatures since 1895 as shown in the pdf made public 3/10/11 at http://climaterealists.com/index.php?tid=145&linkbox=true

The pdf made public 9/24/11 shows that the equation accurately predicted agt since 1990.

Change to the level of atmospheric carbon dioxide had no significant influence.

I wish I could be as optimistic as you. No, I'm not being snarky.

I think the Greens/Communists/Socialists/Progressives ... whatever they are this week ... are so entrenched in the world's bureaucracy that nothing short of a nasty world war will remove them - or remove any significant opposition.

"Green" doesn't matter; "Global Warming"/"Climate Change"/"Occupy WhereEverUR" - none of that is important...just a set of insignificant rallying points for the sheeple.

Failure of the religion will not fade easily. Very soon - I don't think decades, I hope not months - I expect mass mayhem followed by a period of destruction that will make Europe in June 1945 look like an urban renewal project.

"Money" doesn't matter; money is a fictitious symbol anyway. We will head towards a new dark ages and "money" will be whatever means of exchange two parties agree that it is.

Or the stormtroopers will keep us all in something akin to a form of slave/serf/feudalism with the majority living pre-medieval lifestyles ... but not our generation or the one following.

Perhaps our grandchildren will be able to start rebuilding. But in the meantime, the world's "problems" may - or will - eventually be blamed on over-population.

I'm kindas in Quizikle's camp, the noises emitted are mistakely taken for words when it's just the screaming-song of Cuthulu for whom the Greens are playing tentacle-feeley. The noise sounds liek words burt mean another thing to them entirely, it's how they enable the disconnect, they have broken words' power and even one-eyed wandering Odin turns in his grave.

Doesn't keeping the brown (and other poor) people in wretched poverty make it easier for more of them to die in unfortunate incidents like the Christmas tsunami, thus helping ease the burden on the planet?

You wouldn't hear the Greens actually SAY that but some of 'em have to be thinking it.