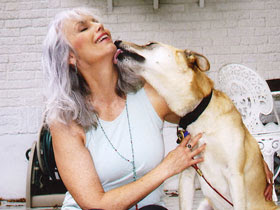 Country Music is music for grownups. You have to have lost something to experience the true depth of the Human Experience, to have a road not taken - one that will never be taken - to really feel that depth.

Emmylou Harris captures this like few people recording today. Maybe it was working so closely with Graham Parsons (of The Byrds), and losing him so young. Listening to the change between her first two albums is all you have to do to know that she understood George Carlin's saying, Some nights the wolves are silent and the Moon howls.

My friend Brigid writes of this, of that road she didn't take but which some of her childhood friends did. And regretted:

I grew up in a small logging town, nestled at the base of beautiful, forested mountains. Ever present was the noticeable rotten egg smell of the pulp mill that I never noticed as a child, but is as constant as death and taxes. There were no malls, simply a main street, a roller rink, a movie theater and only two fast food restaurants. It was a town where my best friend and I could ride our bikes over streets unconfined and unhurried, until darkness or hunger for family dinner around the table brought us home. It was a town where you could raise your family in relative comfort and safety. Life was routine, life was predictable. You graduated high school, married the first or second person you ever slept with. Had several kids, a mortgage, a dog, a cat. You retired and got a gold watch and watched the next generation take over the positions in the mills. The mountains notwithstanding, it was a flat landscape of life, and one that I knew, probably by the age of 12, that I had to escape from.

Visiting Dad, I ran into someone at the neighborhood grocers with whom I played with as a child. She's been working the register as long as I remember, and although she is as pretty as she always was, there's a roughness to her, like a piece of beautiful fabric that's become worn and frayed over time. "How've you been" she asks, but the question doesn't reach her eyes - eyes fragile and the color of tea, the color only deepened by the deep wrinkles I already see around them. She asks what I do for a living, and when I tell her, I might as well be telling her I was just abducted by aliens and returned, my life so foreign to the life she leads. "Well you have a nice day" she says and I nod and take the receipt for Dad, not knowing what else to say. We're strangers, and though as children we shared bike rides and ice cream and secrets, now we are looking at the world from completely different places.

Emmylou has a song about that. About that girl who chose the comfortable, safe, and stale life so many years ago. Who might choose different now, but who passed by that road not taken. Who sometimes at night listens to the Moon howling.

Well I work the double shift
In a bookstore on St. Clair
While he pushed the burning ingots
In Dofasco stinking air
Where the truth bites and stings
I remember just what we were
As the noon bell rings for
Blackhawk and the white winged dove

Bootnotes: [1] The picture of Emmylou is from her animal shelter. She founded and supports Bonaparte's Retreat in Nashville.

[2] Perhaps the most in-depth review of Emmylou's work is from Norm Geras, professor emeritus of Marxist theory from the University of Manchester. Of course the common thread between Prof. Geras and a gun totin' pilot who cooks what she shoots involves Country Music.

[3] Full disclosure: somewhere here Chez Borepatch I have a copy of Maurice Dobb, Studies in the Development of Capitalism, and Ernest Mandel, An Introduction to Marxist Economic Theory.

[4] Another sort of Blackhawk - and one hopefully to Brigid's liking - can be found here. Of course, if you're going with Professor Geras and the whole British thing, perhaps a Bisley would be called for.
Posted by Borepatch