But it's in a baaaaaaad neighborhood 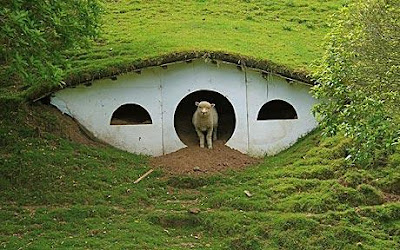 It seems that the sheep like the old Hobbiton set in New Zealand:

The rolling green pastures that provided the backdrop for director Peter Jackson’s trilogy were originally going to be converted into hobbit theme park, to attract tourists to the town of Matamata on the country's North Island.

I guess I should hasten to add that there are no sheep inside the Chez Borepatch secure perimeter ...
Posted by Borepatch

Labels: heh, i am a nerd

A "baaaaaaad" neighborhood indeed. After all, there's a world-famous burglar who lives there. :)