This is an unusual edition of Saturday Redneck. If you're just looking for some Country Music history and commentary, you might want to skip this week. 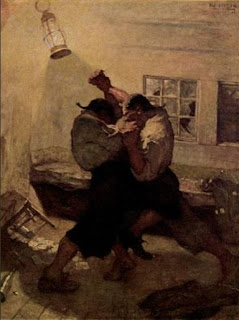 Fighting Words are another type of speech not protected by the First Amendment. Case law - particularly Chaplinsky v. State of New Hampshire established the US precedent on the subject, stating:

There are certain well-defined and narrowly limited classes of speech, the prevention and punishment of which have never been thought to raise any constitutional problem. These include the lewd and obscene, the profane, the libelous, and the insulting or "fighting" words those which by their very utterance inflict injury or tend to incite an immediate breach of the peace. It has been well observed that such utterances are no essential part of any exposition of ideas, and are of such slight social value as a step to truth that any benefit that may be derived from them is clearly outweighed by the social interest in order and morality.

This week, the US Supreme Court agreed to hear Snyder v. Westboro Baptist Church, in which Albert Snyder sued the church (and won) after they demonstrated at the funeral of his son, killed in Iraq in the service of his country. The Church appealed, and the Appeals Court overturned the verdict on First Amendment grounds. Snyder appealed this to the SCOTUS, which will hear the case.

I'm not a lawyer, and so I don't know all the legal niceties, and can't tell how the SCOTUS will rule. I'm also biased: I strongly support our military, think that they make enormous sacrifices for us, and am profoundly grateful for those sacrifices.

I also love the First Amendment, and rely on it here on this blog.

But - and this is a huge but - I don't slander anyone on this blog. I don't incite a riot on this blog. And I don't support people who do - like the threepers, people who think that if 3% of gun owners violently resist government gun control efforts, that gun control laws will be relaxed. The place for revolution is in the ballot box, not on the village green with powder and lead.

Fred Phelps has no right to say that Matthew Snyder died from the Lord's vengeance, taken on our country's servicemen because of our policies. He has no right to stand in front of the church on the day of the funeral, forcing the deceased's family to enter through the back door. Rev. (I use the term advisedly) Phelps is welcome to express his opinion that our policies are wrong, and has my ringing endorsement of his right so to do. But what he's doing right now is inciting an immediate breach of the peace.

His words are Fighting Words.

Son, the first amendment protects you from the government, not from me. You can say whatever you want to out there; you come within reach of me, I'll exercise my right to give you a good ol' country ass whupin'.

[spoken]
Excuse me
First amendment?
Son, the first amendment protects you from the government
Not from me
You can say whatever you want to out there
You come within reach of me
I'll exercise my right to give you a good ol' country ass whupin'
Is what I'll do for you
By God

My heart goes out to the family of Matthew Snyder. I hope that in the fullness of time the knowledge that the people of this Republic are profoundly grateful for his - and their - sacrifice will ease their pain. I fear that it will not. 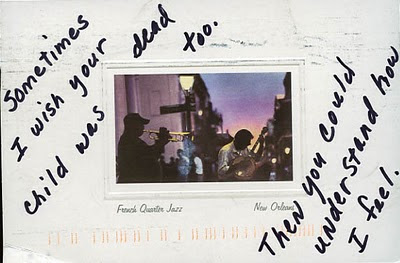 I think it definitely falls into the category of shouting FIRE in a crowded theater. I think Phelps' right to spew his venom should be protected if he chooses to yammer to his thoroughly inbred congregation of sister/wife family members.

When he takes his hatred to cemeteries and funeral homes, though, his right to hate starts crossing swords with the family's right to grieve.

You did this very well. I tried last week to write about this and did not finish anything I could post.

I have sat here writing and deleting just trying to make a comment.

I would love to find a way to serve the Phelps clan the same pain they have caused others. But hard cases make bad law, and the precedents that could be set by punishing them as they deserve through the law would likely extend to legitimate protest. What I wouldn't mind at all was a ruling that the Phelps are engaged in fighting words, giving an affirmative defense for punching them in the face repeatedly. Imagine the line....

That may very well happen Sevesteen. SCOTUS doesn't necessarily have to decide on the Constitutionality of phelps' brand of First Amendment exercise. They may simply affirm the law of inevitable consequences and rule that such behavior does meet the criteria for fighting words.
I have practical experience with application of that law. California has it codified in PC 415(3) "Any person who uses offensive words in a public place which are inherently likely to provoke an immediate violent reaction". It's a misdemeanor.

If they do...Yeah, the line forms behind me.

Borepatch, I'll disagree with your commend:
"Fred Phelps has no right to say that Matthew Snyder died from the Lord's vengeance, taken on our country's servicemen because of our policies."
First Amendment gives him the right. However, nothing in the Constitution or Bill of Rights prohibits us from invoking the Stress Clause:
"Stress: The confusion created when one's mind overrides the body's natural desire to beat the S*** out of some idiot who desperately deserves it".
That, and getting caught relieving the Stress...
I DO AGREE that the Phelps Phaggots have no place saying what they do, and deserve NO PROTECTION for the consequences of their actions!

word verification: midnes. The act of minding one's own 'bidnes.

Love the N.C.Wyeth painting from Treasure Island. Wyeth had an uncanny ability to paint pirates as lumpenproles.