The sinking of the H.M.S. Barham 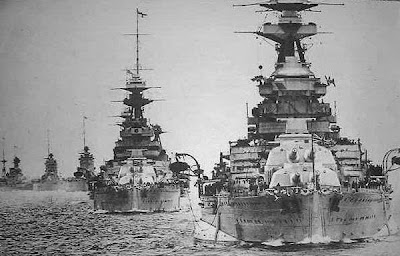 One of the most powerful Battleships in the world when it was launched in 1914, the H.M.S. Barham served in the Battle of Jutland. It also was sent to keep the peace at the Mersey Docks during the 1926 strike. In World War II, it deployed to the Mediterranean where it took three torpedoes from the U-331 amidships, sinking with a loss of more than 800 officers and men.

What's different about this ship was that the attack was filmed, and her final death throes released as a news real.

This post seems apropos of nothing, just what a bit of flotsam that washed up on the shores of the 'Net. It's easy to forget that these were men with hopes and dreams just like ours. 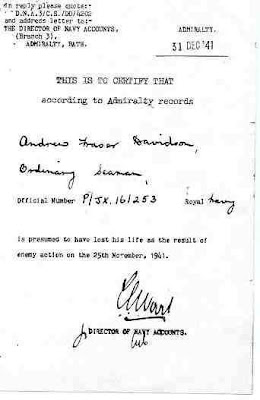 Thank you for this one.

Godspeed to the valiant, who go down to the sea in ships.

Did you see all the men standing on the hull, port side, before the explosion? Yikes.