Via Bob at The Drawn Cutlass, we find that Hollywood thinks that there's no market for war films.


If Matt Damon can't sell an Iraq war film, perhaps this is a lost cause for Hollywood.


"We're disappointed," says Nikki Rocco, Universal's head of distribution. "And to tell you the truth, I'm puzzled. You've got the same great director and actor, in same style of film they did in the Bourne movies, just in a different place."
But that place has been merciless on Hollywood, which continues to try to make a hit out of the Mideast conflict. Other Iraq war films, including The Kingdom ($48 million), Body of Lies ($39 million) and Brothers ($29 million) featured big stars and little box-office returns.
"It didn't help that the big kahuna (Alice) was zapping business from everyone," Rocco says. "But maybe (war) is something that's in our face so much every day, people aren't wanting more of it in their movies."

People just don't want war stuff, at least enough to invest their time and their entertainment dollar? Is there a way that we could empirically test this? If only someone could come up with a measure of how valuable the market thinks something is.

Oh, wait - we call that "money". OK, so can we have an example of an entertainment franchise based on a war situation? How about Call Of Duty? 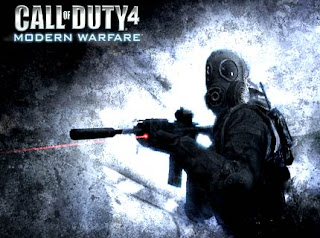 So what has the franchise grossed?


The Call Of Duty series has surpassed 55 million unit sales to date worldwide, taking a whopping $3 billion in retail sales in the process.

Is there a Hollywood movie franchise that we can compare, to see how much more (or less) the game has made? There is indeed: 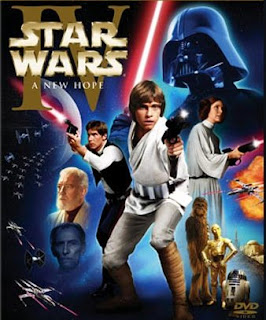 Here's the lifetime gross of the six Star Wars films:
Add 'em up, and you get a bit over $2.1B. The Star Wars franchise is about two thirds as lucrative as one of the first person shooter War simulations.

"Alice" was in theaters? "You've got the same great director and actor, in same style of film they did in the Bourne movies, just in a different place."

Yeah, but you have a blame America, blame the troops downer of a film that has all the nuance of a shovel hitting you in the back of the head. Those other films are also just like this. You think your audience are a bunch of idiots, who need you to lead them to Enlightenment (but can't make it too hard, or they won't Get It).

And you wonder why nobody goes to see your lousy film?
Posted by Borepatch

Look at the response of people to a film like Hurt Locker - which is compelling, exciting, and doesn't shove any kind of agenda or preachy message. Then look at The Green Zone - which wastes 90% of the film trying to show us how evil (or naive) the US government was in going to Iraq.

RE: Modern Warfare. Wonderful game. I made it through on the "hardened" setting in pretty short order. The hardest elements to defeat in the game, to me, are the attack dogs.

I think it's a bit of a stretch to compare a passive activity like watching a movie to an active one like playing a videogame. Better off comparing "The Green Zone" to other movies, and specifically other war/combat/action movies.

Beyond that, though, I agree with you completely.

Wolfwalker, the genres are admittedly different, but the competition is for free time and free disposable income. The success of the Call Of Duty games certainly suggests that there's a large number of people who would be willing to spend money on a Hollywood war film.

So why can't Hollywood make one that these people will go to? (The question is rhetorical).

Everybody's staying home from Bourne In Baghdad to watch The Pacific on HBO.

Yup, I got the message from the trailer and a review. No need to give them my money.

I think, too, Iraq movies are going to suffer in part because there is an expectation that they're going to be anti-war and anti-military--an expectation which has been largely borne out by the movies themselves, of course.

On the one hand, you've got Hurt Locker, which, even with its spot-on capture of the emotions inherent in war, has gotten its share of flak from vets (nope, not perfect, but the best we're gonna get for a while--at least the men in it are respectable). On the other you've got, well, everything else--Redacted, Stoploss, etc. There's the fundamental disconnect between Hollywood and the rest of us--most of us know a soldier/sailor/airman or two--and we think they're pretty great guys and worth looking up to, and H'wood simply doesn't grasp that anymore. What Call of Duty has that these new movies don't is the concept of military men as stand-up guys.

'Tis a bit cliched, to be sure, but it's there nonetheless.

"To those who understand the concept of service, no explanation is necessary.

To those who don't understand the concept of service, no explanation is sufficient."

Burt wins the Internetz for reminding me of Werfel's wife Alma, immortalized by commedian Tom Lehrer.