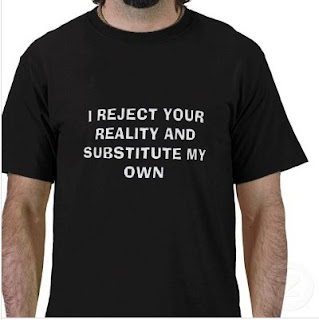 Selective reality is the name of the game with these people. Remember guns are only for killing, and they ignore when a homeowner scares off an invader with a shotgun, or a woman kills a rapist with a .38.

Just the same way when we pointed out that Texas and Florida had snow on the ground, and Virginia and North Carolina had FEET of snow and the towns were crippled, the global warming freaks said "Weather is not climate"....but now that it rained for 3 days, its climate change...not JUST weather.

> BTW, healthcare can be made more efficient.

Not by the US govt. See medicare, medicaid, and other us govt healthcare for a strong argument. They’re actually not any cheaper than private.

If you disagree or claim that the US govt could do better, I’ll make you the same “put up or …” offer than I make everyone who disagrees.

You get all of the money that is currently spent by every US govt (local, state and federal) on health care for anyone. Yes, employees too, not just medicare/aid, va, and ihs. Heck, I’ll even throw in the money and employees in companies that get >80% of their revenue from govt contracts. You get to do anything that you’d like to provide them health care – you can set up whatever payment scheme or contracts that you’d like (however, you don’t get to force doctors to take what you offer). You can change liability laws and/or can allow imported drugs (as long as private folks get to play by the same rules).

If you run the numbers, you’ll see that I’m offering you >40% of the population and >40% of current health care spending and you get free rein to make whatever changes you like.

The only hook is that your per-person budget gets cut 5%/year in years 3-6. That’s a total of just over 20%, which should be slam dunk considering the claims of 30% savings. And, I’ll even let you keep the money if you want to spend it covering additional people.

At the end of year 6, we’ll evaluate. Unless, of course, the folks covered revolt first.

And no, you don’t get to argue how well you’d do. You have to actually do it.

Are there already some data points that the folks in the "Reality-Based Community" could study? Like maybe Massachusetts?

“I was afraid of what we had already been getting in Massachusetts, and at that point in 2008, I was aware that it wasn’t working,” he said. Separately yesterday, [Massachusetts state Treasurer] Cahill accused Obama of “propping up” the Bay State’s health plan with federal aid in order to help push the Democrats’ plan through Congress.

“The real problem is that this . . . sucking sound of money has been going into this health-care reform,” Cahill said. “And I would argue that it’s being propped up so that the federal government and the Obama administration can drive it through.”

You don’t get to argue how well you’d do. You have to actually do it. There's some reality for you. The data suggests fail. The process is opaque. Big changes are being railroaded through by sleight of hand, on a straight party-line basis. Polls already show that large majorities no longer believe that the government has the consent of the people.

But this time it will be awesome.

Oooooooh Kaaaaaay. I wonder what color the sky is on their planet?
Posted by Borepatch

Kickass! Now that I've won teh Intarwebz what do I do with it? Methinks I'll repaint it...PINK!!!

As you may know I used to be VERY anti-gun. Obviously they're dangerous tools and used in crime, so why not heavily regulate them. And I'd heard that so-called "Assault Weapons" were REALLY dangerous, and not much use, so banning them seems like a good idea.

Well then I started doing research on it, and I found me a boatload of lies, and I also found a TON of stories about people who had successfully defended themselves with firearms (better yet, the majority of them didn't need to even hurt their attacker!). And of course I found out that 5.56x45mm is actually REALLY underpowered, especially compared to my Uncle's hunting rifle (which of course was totally kosher in my book because it was wood, and didn't look like a machine gun!) which was a Winchester .30-06 auto-loader of some sort.

After I put all that together I had no choice but to switch sides.

They people who can do what I did, and NOT, are very odd, and a little scary indeed.

I think the motto on the shirt is a quote from one of the guys on Mythbusters. I hope it's usually quoted tongue in cheek.

I wonder what color the sky is on their planet?

Whatever color their agenda requires at that particular moment.