Keep those Donkeys trollin'.  Via Fosetti, we find that the DNC did a spectacular troll on the staff of National Review, there in Charlotte to cover the convention:


In a hilarious article at Vdare, James Fulford reports how the Democratic Convention assigned the writers and staff of National Review to a motel in Charlotte, North Carolina that was not exactly up to the boys’ standard, and they immediately decamped to a nicer place across the state line in South Carolina. What was wrong with the motel? Well, it was low-class, dangerous, and—though none of the chestless ones used the word in their horrified accounts of their ordeal—black. In other words, they were following the very same John Derbyshire rules for which Derbyshire was fired from NR, with the unanimous support of every person at that magazine.

The issue is not, of course, not wanting to stay at a motel in a crime riddled neighborhood.  The issue is hypocrisy:


HYPOCRITE, n. One who, professing virtues that he does not respect, secures the advantage of seeming to be what he despises. 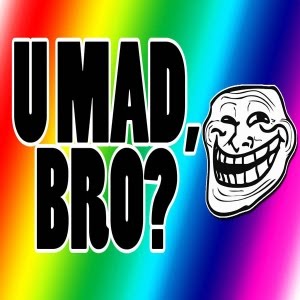 And for you young pups out there, the post title refers to this:

Thanks for the video. I know the song was the theme of a TV show but I've only heard it in "The Blues Brothers".

Do you support the firing of Derbyshire?

Having grown up on the wrong side of town with lots of direct experience, I fully agree with Derbyshire. It's called street smarts. I am not a racist, just a realist.

Kansas Scout, I don;t much NRO, and so I don't really have a dog in that fight. Other than I think that there are too many controversial topics that have been placed off limits for discussion and that people shouldn't be fired for what they saw. That smacks of McCarthyism.