Noted sock puppeteer Glenn Greenwald - to his credit - criticizes the Administration's attempts to suppress free speech (in the Guardian, of all places):


In sum, the White House has no business sticking its nose into which videos YouTube decides to publish or suppress. Corporations that depend on the US government for all sorts of vital benefits and contracts, and which are subject to its regulations and punishments, will always perceive White House "requests" as being far less optional than similar requests from random users. Nobody should want the US government insinuating itself into the determination by private internet companies about which political speech they will allow.

The fly in the ointment?

Youtube didn't build that.  Someone else did it.  After all, if the Government has a claim on the business, why stop at taxes?  And so Youtube must needs defer to the Intellectual Elite: paying "back" more in taxes and deferring to the country's Rightful Masters. 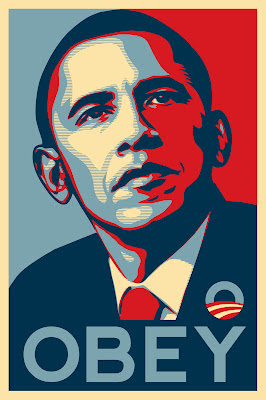 For this (and other) crimes of lèse majesté for daring to criticize The Won, Greenwald no doubt will be joining us in the re-education camps.  Welcome, Comrade!
Posted by Borepatch

Nice article. I like how Greenwald keeps going on and on about how Republicans go after free speech. Then, each example where a person is arrested, is under Obama.