The one thing that nobody's talking about with respect to the Libya fiasco is the French oil contracts.  How is it that you can talk about the situation there without mentioning TotalFinaElf?

And while we're on the subject of French foreign policy, how come nobody talks about the Rwanda genocide without talking about who armed and enabled the genocidaires? *COUGH* Mitterand*COUGH*

Of course, that wasn't for oil concessions, it was for francophone pride.

And while we're talking about our European "betters" (especially those of the francophone type), remember the Belgian Congo and Leopoldville?  What, you never heard about this at University? 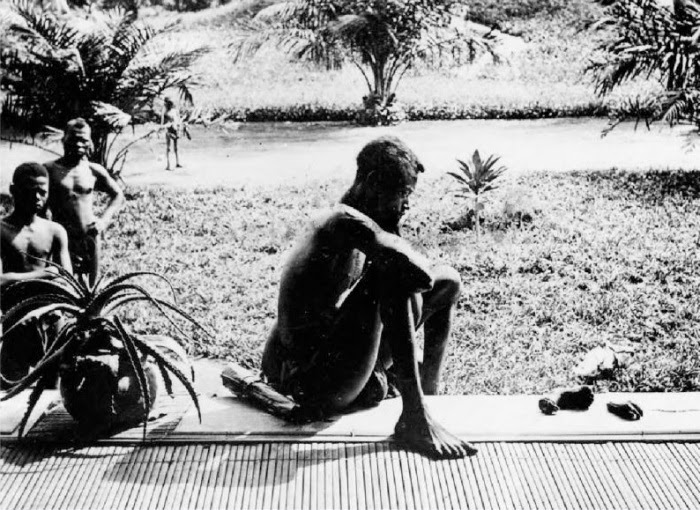 The caption reads: A father stares at the hands of his five year-old daughter, which were severed as a punishment for having harvested too little caoutchouc/rubber

Is it OK to say that anyone who says we need to ape the French or the Belgians is (a) ignorant or (b) entirely, thoroughly, hopelessly corrupt.  Don't forget that our Libya intervention is being run from Brussels and Paris.

And can every leftie who ever said no blood for oil just shut up and sit down in the back of the room?  Grownups are talking here.  It's drivel, and drivel of a shockingly low quality.  In the future, please give us a higher caliber drivel.
Posted by Borepatch

Fairness is good when it has Good effects. Fairness to Bad People (us) is Very Bad Indeed.

I think that's called casuistry or consequentialism or something, or maybe just Amoral Asshattery. Whatever. Bottom line, you're missing the point by calling them out for violating the principles they sometimes pretend to have. Underlying all the left's principles is the fact that sauce for the goose is never sauce for the gander.

Yep, France is second biggest importer of Libyan oil (after Italy IIRC). They get 16% of their crude from Libya.