It's not only December, it's nearly the Solstice. So not only is snow possible in New England, it's expected. So how do these hardened, experienced New Englanders react to the forecast of 6-9"? 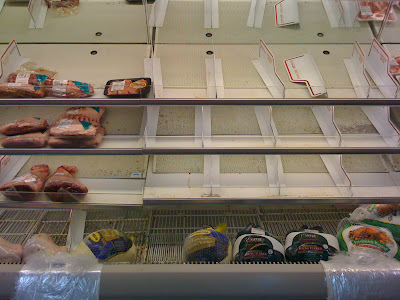 Beef. It's What's For Dinner. Except in New England, where we're all out. I won't show you the toilet paper aisle. Oh the humanity!

Now southerners are not allowed to scoff (I remember school being canceled in Atlanta based on a forecast that there might be snow). However, you are hereby given leave to roll your eyes when some pompous Northerner talks about how they not only had to walk 5 miles uphill to school both ways, they had to shovel a path through the snow first.

I have to say that I do miss my old beater F250 pickup. Yeah it was a rustbucket, and yeah it kept breaking down, but it not only had a snowplow, it had an industrial sized snowplow. I was king of the road. But it was a beater, and it did break down, and I had to shovel once because it broke down.  I did the Happy Dance when we got rid of it.

I wanted a small plow for the Wrangler, like this. Not king of the road, but maybe prince of the road. 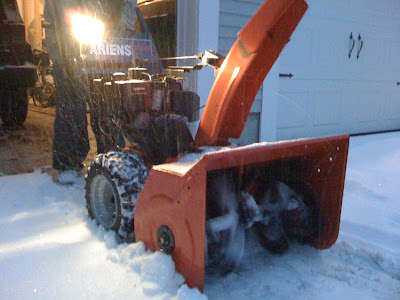 And they did. Well, #1 Son did. He wouldn't be plowing in the Jeep, so this seems a win.
Posted by Borepatch

Trust me on this one, from hard-won experience: You do NOT want a plow on anything less than a 3/4 ton truck.

You couldn't drive it for more than 5-10 miles on the highway without it overheating.

The suspension needed to be completely replaced around 50K.

SRSLY. Don't even think about it...