Google is teh stupid

Specifically, their advertising team is teh stupid, since you would think they would understand how Google does ads. Consider the following: 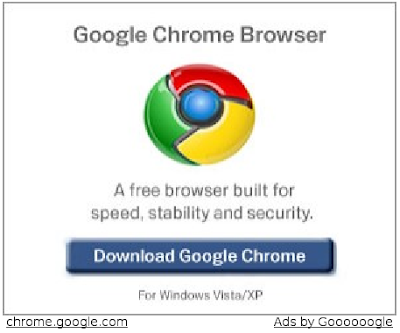 Looks like an ad for Chrome, their new browser. So, did Ted just get up on the grumpy side of bed Chez Borepatch?

Well, maybe. But this is annoying, and they should know better. Consider:
So how is the Google Advertising teh stupid? Because they know what Operating System I run. It's reported by the browser to the web server in the HTTP request, via the user-agent variable. I see it here, too: 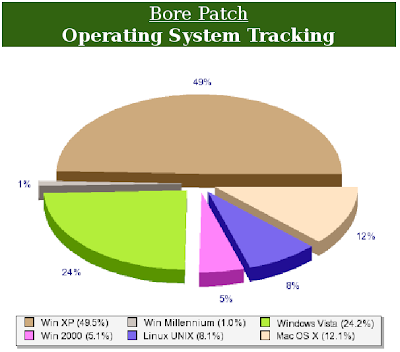 Kind of cool to see Windows ME. Macintosh and especially Linux is overrepresented here, maybe because I post a lot about Internet Security, and a lot of security guys run Linux.

OK, so they know I'm running Linux, and gave me an ad that was essentially "Nya, Nya - you can not haz Chrome!" If this were momandpop.com, then I wouldn't even notice. Momandpop.com maybe doesn't know all the ins and outs of Al Gore's Intarwebs.

But this is Google.

Well, maybe this is a Good Thing. When they become our new Internet Overlords and decide what the heck, let's try this Evil thing then maybe they will still be Teh Stupid and we'll be saved!

Man, I am grumpy this morning. Grumpy enough to grab two screen shots, even. Time to put on some Christmas music.
Posted by Borepatch