I stumbled across something that made me think more kindly of slow Joe Biden:


"The Biden family will soon have a new addition to their household: a German Shepherd puppy. The Vice President-elect previously owned three other German Shepherds so he’s familiar with the breed and its personality," a statement from Biden's office read.

It made me think about my German Shepherd, Jack, my companion when I 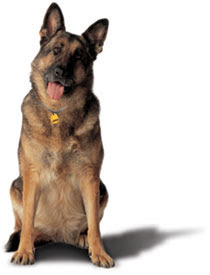 was making that tricky transition from being a boy to being a man. I was close to him in a way that I haven't been close to any other pet, dog or cat, before or since.

I think about him a lot, actually, even though he's been dead these 15 years.

We'd go for walks, twice a day, morning and night, for twelve years. We did it because he needed it, of course. It was my responsibility, and if he didn't get the walk, he was getting screwed. I was always surprised that people would be surprised. Raining? Got to go for a walk. Three feet of snow? Got to shovel, and then go for a walk.

Some people would have resented this - it's a lifetime commitment (his lifetime, not yours). Some people shouldn't have dogs. It was never a question for me.

We had fabulous walks, too. Up in Maine, there was a forest trail not 100 yards from my door. Here in the People's Republic of Massachusetts, folks would drive for an hour to take that walk. It was almost always just Jack and me. Big pine trees. Otters. Old stone fences from when people actually tried to grow crops there.

It wasn't as good in Maryland, there just isn't the same kind of space. But once we bought our own house, there was the neighborhood school which had great fields. Jack had a real nose for softballs, and since people would lose them in the trees all the time, we never lacked for something to chase.

It was strange, though. When Jack and I would drive back to Maine to see Mom and Dad, he would always know when we were driving back into town. I don't know if there is a particular smell that is only recognizable to dogs, but he would always make the strangest moaning sounds as we drove down Main Street. He knew we were back.

But all good things must come to an end. He got old and sick, and I wasn't there for him at the end. I was vacationing one fourth of July, and Jack was in a kennel. It was the days before I had a cell phone, and the kennel couldn't reach me. He deserved better.

Now, I like our pets just fine. But Ivan the Terrier is the family dog. Little One-Eyed Dog is, well she's kind of taken to me, even though she bit me the first time we met. But she's not my dog.

You're a good old dog, Jack.
Posted by Borepatch

it would never have worked out.
With her, or with him? ;-)

Pistolero, you're not a dog man, are you?

I am a dog person, actually, and that was a beautiful tribute to Jack. But I just couldn't resist. Lol...I know dogs like Jack don't come along often.

Joe is going to need a dog as he's not going to be talking to many other people for the next four years. I expect to see his picture on a milk carton some day soon.

"Have you seen me? I'm the Vice President of the United States, but I used to be somebody".

TOTWTYTR, you speak the truth. I think it was Harry Truman who said "If you want a friend in Washington, D.C., get a dog." I'm not a great Slow Joe fan - I fear that he may indeed have "the soul of a Vice President", but he has good taste in dog breeds.

Once in a long while, a great dog enters our lives. If we are lucky, we recognize this fact while they are with us. Jack was such a dog. Eppie - do you remember Eppie? -- Eppie the Wonder Dog was such a dog. They are so much more than "pets." And we are the richer for having shared our lives with them.

Corey-Jan, yes Eppie was one of those bolts from a clear blue sky.

We've been lucky that way, both of us.