Something I don't understand

Mitt Romney has danced around the ObamaCare issue for most of the campaign.  Understandably, he's tried to keep the spotlights shining on the lousy economy to keep too much scrutiny being spent on his own RomneyCare.  OK, I get this.

But there's a stark difference between RomneyCare and ObamaCare: the Massachusetts plan didn't take half a trillion dollars from Medicare.  There's simply no way to look at ObamaCare without seeing that Seniors are funding half of the whole thing.  The only interpretation is that ObamaCare will take medical care away from them to give it to the uninsured. 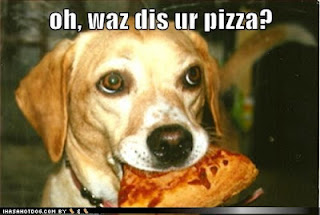 That seems to me to be a stark difference between MittCare and ObamaCare, and a difference that will almost certainly galvanize the Senior voting bloc.  After all, anyone on Medicare will have a vested interest in the immediate repeal of ObamaCare.

So what I don't understand is why Mitt isn't all over this like stink on a dog.  I don't much care for the man, but it's undeniable that he has a finely tuned sense of what is politically advantageous for Mitt Romney.
Posted by Borepatch

The line I've heard on this has to do with *only* cutting the premium version of Medicare, not the boring old everyday version.

People seem not to understand that the people forced off of one plan, and onto another, will be trying to compete for attention with the people they're about to join.
Costs are still going up, care will keep going down...and it's still a net loss for the seasoned citizens.

I don't think Mittens wants to get elected. Obummner has given him so much cannon fodder that Mittens could reduce the Marxist in Chief to tears. He has used little to none of it.

Just the F & F itself could sink the other critter.

I think he is simply either a Strawman or

That the Bilderberger meeting he attended resulted in him being tagged for the job and he knows it.

Stacy McCain has talked for years about the professional campaign staff - managers, operatives, strategists, etc. - who have infected the Republican political machine. They don't believe in winning. They believe in keeping the candidate isolated, pissing on the grassroots (hey, it's raining!) and then losing gracefully. This lets them keep their friends in comfortable drawing rooms and respectable parlors and posh clubs as they move on to the next failed campaign. Knowing that, I've been surprised at the aggressive position (relative to the norm) that the Romney campaign has taken so far, waiting for them to curl up and whimper at any moment. It has been a pleasant surprise - Fearless Reader needs to be taken to task on all of his misguided and malicious clusterfuffles - but I can't bring myself to believe it will continue. At some point, the voice in the back of my head intones, those spineless weasels will seize the power in this campaign too, and crush what good was left in it.

@S-W re: conspiracy nonsense - As we say on the Intarwebs: Not sure if trolling, or abysmally stupid and credulous.

Many, many conservatives simply want to get on with their lives. They aren't political junkies, so as soon as they can, they tune out and go back to their lives.

This provides an ideal damp, shady environment for Establishment Republicans (RINOs) to thrive in. Unsupervised, they'll sell out everything this country stands for.

Today, next week, this coming November, and forever afterward, we're going to have to pay a lot of attention to politics at all levels. And be prepared to start screaming loudly when necessary.

The Left is in this to win, which is why they've invested more than a century's unrelenting efforts into undermining the Constitution. They will not go away on their own.

It's boring, dull, old-fashioned, and all that, but — Eternal vigilance is the price of liberty.

It's why they all, every one, need to be primaried -- for the mere having of these professionals in their Rolodexes -- until they are either turned out themselves or learn who it is who butters their metaphorical bread.

All true, but the most important difference between MittensCare and ObamaCare is that Mittens inflicted his on a state. States are free to do many things that the Fed.Gov is not.

Besides, the state's called "Taxachusetts" for a reason, you know!