Where I blog from

RomeoTangoBravo asks an interesting question: so where do you blog from?

I was out all last evening, so posts are late today.  I was going to blog from here: 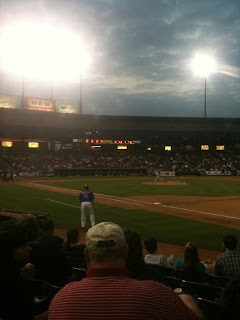 But it seems that Apple's iTunes authentication has me sideways.  So not only is there music that I can't listen to anymore, but Blogpress is Tango Uniform - that's why posts are late today.  I can handle the AWOL music, but for me, the Internet is the killer app, and so as of today, the iPhone is only a phone.  All Internet and blogging will be from the Android.

But enough ranting on His Steveness.  The question at hand is where do I blog from, and the answer is everywhere.  Literally.

Most is done on the laptop, wherever I happen to be sprawled at the moment.  For example, here's Crash the WonderCat letting me know that I post too often. 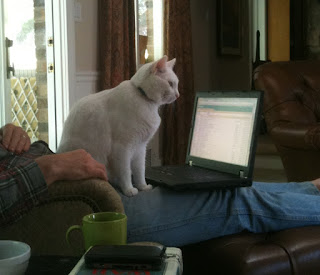 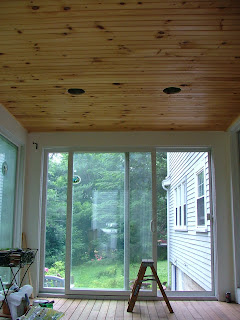 But as I said, the comforts of home aren't available when you're not at home.  The obligatory airline blogging is described here, highway blogging here and here.

And so, the world is my blog.  And that's why I'm shifting entirely over to Android except for 19th Century voice comms.  Killer apps aren't so killer when availability goes to zero.
Posted by Borepatch

Labels: Apple sucks, me me me

You *do* enjoy making me jealous, don't you? :D

And inspiring me, to be sure. Someday when I grow up I wanna be like Borepatch!