Why Copenhagen was irrelevant from the start

Ken Anderson brings the smart, and wicked smart it is:

Ever since the Copenhagen conference got going, and rapidly turned into an argument over wealth transfer from the rich world to the poor world, it has seemed to me that the exercise is best understood not as an argument about climate change, but instead about international economic development policy.

That is, the basic problem with international development policy is not the usual collective action problem. The usual collective action problem is that which bedevils a Copenhagen deal to replace Kyoto, if one makes the assumptions about the science that, apparently, is beyond question: even if everyone agrees as to the problem and the desirable collective solution, temptations to defect and to free-riding wreck it, either at the front end because no one agrees or at the back end. Everyone has an interest; you just can’t get them all past the prisoners dilemma (or variant thereof) problem.

Many clever international lawyer-academics have quite patiently explained to me how that problem is solved this time around; none of them has convinced me. On the contrary, my lens on this is not as someone coming to this from environmental law — but instead from watching iteration after iteration of crises at the UN that are, in each and every instance, something like the end of the world if the conference does not come to some agreement ... and then it’s not.

It's a long article (for a blog - almost as long as some of mine), but goes into how dressing up what is essentially international altruism as "urgent collective action" is something we've seen before. From the usual suspects. 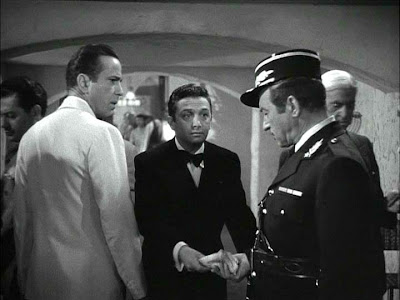