It's been a long time since I've done one of these, but I've got a good group of referral strings.

Merry Christmas to you, too. I have to confess that I was a little shocked to see this from Google - 35 Million results, and little old me on the first page. It would be heart warming, except the link points to this.

Interesting question. Copenhagen has a population of around 1.2M people. That makes it comparable to San Diego or Dallas. So the city seems decently relevant, although I'd think there are more places to go shooting in Dallas.

There are many doors at Ft. Meade - just ask the armed guards. As to whether they have a backdoor into your computer, you're likely so full of spyware that they wouldn't need to backdoor your software.

That said, "the NSA has a backdoor to try to ensnare me" is a variant of the sort of thing that Vietnam War era hippies used to say to try to get chicks into the sack. Sorry to break the news to you, but the NSA really doesn't care much about you, Scooter. Srlsy.

how to deworm a computer

This one came in from Technorati, not Google. Huh? Someone is still looking at them? I mean, they've given me almost as much "authority" (606) as FireDogLake (712). 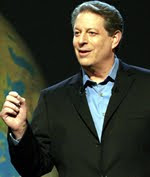 It's a bit of a large group of subjects, but how about this?

I dunno - does this slide make my ass look big?
Posted by Borepatch