The first airplanes were built from fabric stretched across a light weight frame.  There were good reasons for this: the frame was easily constructed, and the final contraption was very light weight.  When you consider that some of the planes in service at the start of World War I only had 60 horsepower engines (!) then every ounce you saved was critical. 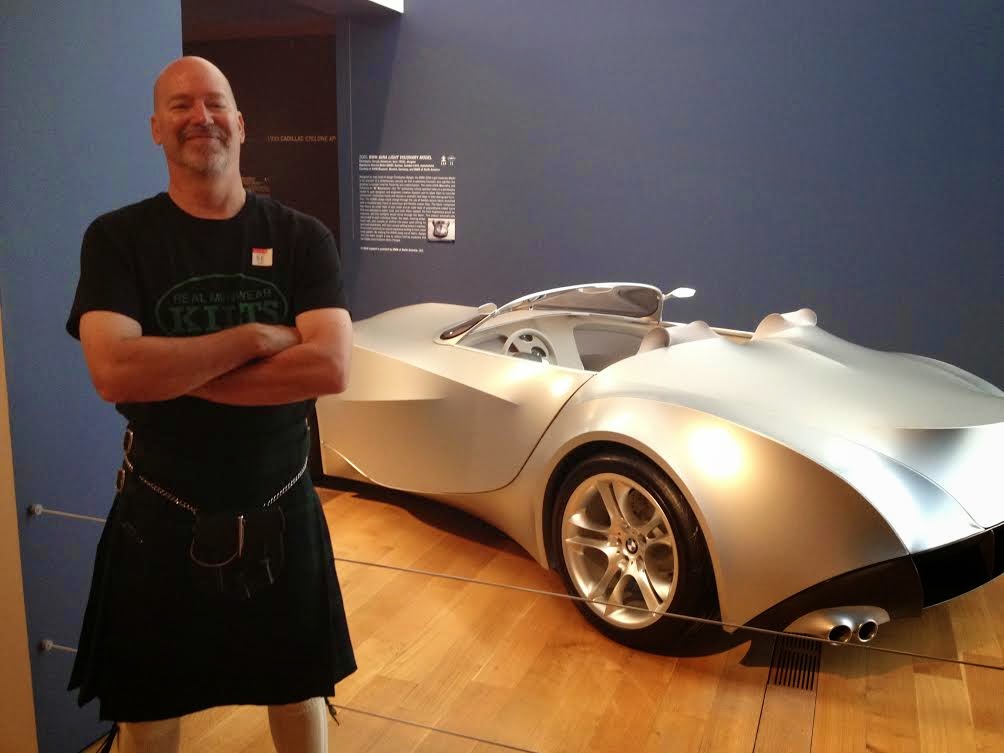 What's interesting is that the two dynamics that drove early aircraft designers is what motivated the BMW team.  Styling changes will be much easier (read: faster and less expensive) because you're changing the frame that carries the fabric, and so retooling is simplified.  The fabric is much lighter than polymer (and much lighter than aluminum or, God forbit, steel) and so fuel efficiency and performance will be much higher.

The Safety Nazi in me says that this looks like a death trap, but no doubt the Lads in Munchen have an answer for this.  Time will tell.
Posted by Borepatch

The Safety Nazi in me says that this looks like a death trap, but no doubt the Lads in Munchen have an answer for this.

Only when the soccer mom in the Grand Cherokee with one hand on her phone and the other on her mascara brush pulls up behind you.

I think a racing league with fabric cars would be fun though.

If there is nothing behind that fabric then what you have is a " moveable Drum Set".


OTOH .... Fill the void with rigid foam and you have less of a death trap by impact. And more of a fire trap.

I'm not exactly certain how much impact resistance the body paneling on "normal" cars is really supposed to have, anyway.

Saturns were plastic. How is this different?

Depends on whether there's a structural member (girder, pillar, etc.) behind it.

It may be a death trap, but it sure is a pretty death trap.