Kilted To Kick Cancer - Day 30: My Dogs are killing me 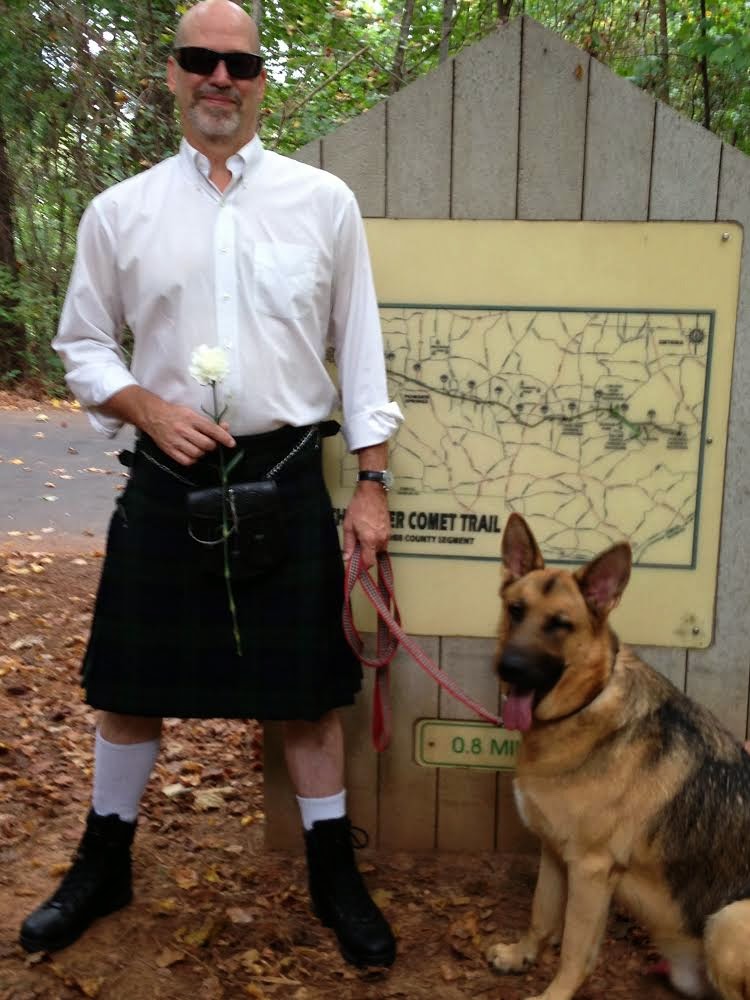 The Silver Comet Trail used to be a rail line that went from Atlanta to Alabama.  As with much of life, it passed its usefulness and ended up abandoned.  But it was redone as a biking trail, and is now an outdoors destination for the ATL.  Like Wolfgang and a dashing (if unconventionally dressed) companion.

I'm keen to see how much we all raised - so far it looks like it's a little off from last year's total.  That would be a shame.  All month Jay, and Kelly, and all the Teams have put their dignity aside for a good cause.  I've found that it's been a wonderful experience, better than I had imagined.

And no, it's not because suburban hausfraus in the Publix parking lot tell me that they think it's hot.  Well, a little, but that's not the point.

This is the point:


This disease is cruel in what it does to the body; any military organization that did even a fraction of this to a prisoner would be guilty of war crimes.

Anger is one of the Seven Deadly Sins, deserving an entire ring of Hell in The Inferno.

The cancer took Dad, and I'm still a little p***ed about that.  The fact that so many of you have donated means more than I can say.  For those who haven't, there's still another day left - it would be great to beat last year's total.  Remember, if you donate $24 via Team Borepatch, you'll get an autographed copy of my sister-from-another-mother Brigid's amazing Book Of Barkley.
Posted by Borepatch

Nice shirt! Sheesh, I have slipped so far, don't even own a shirt like that anymore...or a tie to go with it.