New York Yankees player Alex Rodriguez - the biggest cheater in the history of the sport, who is now suspended for the rest of this season and all of next season for using performance enhancing drugs - says that the last 7 months have been a "nightmare":


Alex Rodriguez told a news conference Monday the past seven months had been a “nightmare, probably the worst time of my life” but refused to go into specifics about his suspension by Major League Baseball for the remainder of the current season and all of next year for using performance-enhancing drugs.

Rodriguez, the game’s highest paid player, said repeatedly he wanted to “let the process play out” as he addressed reporters before taking the field against the Chicago White Sox, where he was jeered by fans as he stepped to the plate. 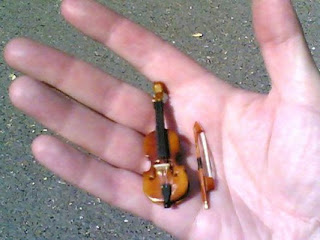 All together now: poor widdle Alex.

And because it's A-Rod, and because this is about his drug use, I gladly invoke Chris Lynch's excellent suggestion and play the A-Rod theme song.

Screw him... He played now he's gotta pay... And to hell with baseball in general... Bunch of spoiled brats...

The ban should have been permanent. When I was a kid baseball players and the like were role models.

Alex who? Sorry, I quit paying attention to baseball around the time those overpaid assholes went on strike for more money and canceled the World Series.