Why Edward Snowden is a sea change in government leaking

In a long and thoughtful essay on government secrecy, leaks, and civil disobedience, Danah Boyd observes the dynamic in play:


Ironically, the government’s efforts to deter future whistleblowers by being tough on Snowden is most likely to backfire. This kind of zero-tolerance approach assumes that those who are engaging in whistleblowing are operating under the same logic, priorities, and values as government actors. Sure, plenty of people don’t come forward because they’re too scared; that’s not new. But because of how the government responded to Snowden, those who are willing to take on the big fight now have a model for how to do it, how to iterate based on what they learned watching Snowden. The US government, far from deterring future whistleblowers, has just incentivized a new generation of them by acting like a megalomaniac.

And this is where I think that Nadia’s second point is of serious importance. People growing up with the internet understand that information is power. Those who’ve watched protests in recent years know that traditional physical civil disobedience doesn’t create the iconic narratives and images that it once did. And thus, not surprisingly, what it means to protest is changing. This is further complicated by an increased obsession with secrecy – secret courts, secret laws, secret practices – that make using the rule of law to serve as a check to power ineffective. Thus, questioning authority by leaking information that shows that power is being abused becomes a more valuable and notable form of civil disobedience. As with all forms of civil disobedience, there are significant consequences. But when secrecy is what’s being challenged, the biggest risk is not being beaten by a police officer for staging an event, but being disappeared or silenced by the institutions being challenged or embarrassed. And thus, as much as I hate to accept it, becoming a diplomatic incident is extraordinarily powerful not just for self-protection, but also as a way to make sure that the media doesn’t lose interest in the issues at play.

Too many people - especially those whose career has been spent in static, hierarchical organizations like governments - think in terms of static process.  Make policy X.  Enforce policy X.  They don't realize that policy X changes the behavior of citizens effected by policy X.  Tax policy is a good example - tax increases never result in nearly as much revenue as projected, because people change their behavior to avoid actions that would cause them to be taxed.

For those of us who haven't spent our careers in static, hierarchical organizations, this is all a bunch of well duh.  Maybe that's why I'm not impressed with Progressives who seem to have forgotten Marx' dialectic: thesis (action), antithesis (reaction), synthesis (the new equilibrium).  The government in general and the NSA in particular seem to think that cracking down on whistleblowers (thesis) is the new equilibrium. 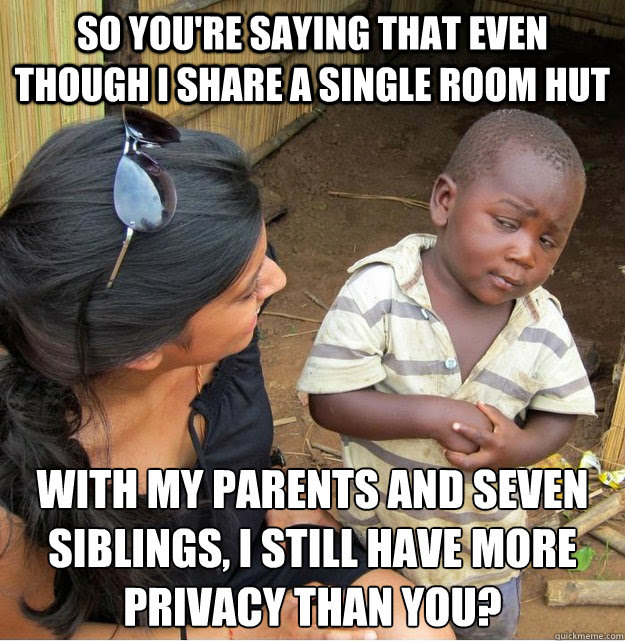 They'll have as much luck with that as getting rid of 90% of their system administrators:


The National Security Agency, hit by disclosures of classified data by former contractor Edward Snowden, said Thursday it intends to eliminate about 90 percent of its system administrators to reduce the number of people with access to secret information.

If they could actually do that, they'd be billionaires in the business world.  The fact that nobody has figured out how to eliminate the cost of 90% of the folks who run IT tells you just how out of touch the NSA is.  My guess is that the new equilibrium will be wildly beyond the dreams of the people running this Administration.

The old joke is that the rocket scientists work at the other NSA.  That seems to be truer and truer.
Posted by Borepatch

Yeah, nail on the head with this one BP...

I've never worked in classified systems, but getting rid of 90% of the administrators is a bad idea.

First, you just told X number of people your going to fire them. so now they have time to either A) copy sensitive/classified for future use or B) set up some sort of logic bomb.

When you are fired in IT, your passwords are revoked/changed, your access card destroyed, you're escorted from the building, and your desk items are delivered to you, because of the power and knowledge you possess.

Unless they mean that they are removing admin rights from 90% of the people who currently have them and really shouldn't.

End users should never have Admin rights. They just aren't smart enough. I should know, I support them every day.