One of my old Easter posts.  As with Easter itself, it is seemingly evergreen. 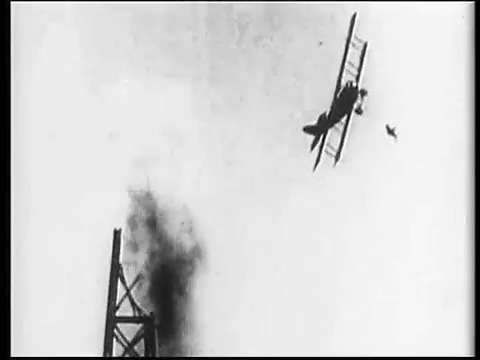 Test pilots are a strange breed.  They take a new, unproven airplane up in the sky and force it into impossible situations.  On purpose.  Their job is to make the plane stop flying.

Because then their job is to get it to fly again.  They have a checklist of things to try that are intended to restore controlled flight, and they start working down the checklist.  If one doesn't work, they try the next, and then the next, and so on.  At the extreme, they hit the ground trying the next.  Even if the last thing didn't work - especially if the last thing didn't work - they try the next one anyway.

Life is like that, sometimes.  People all over Dallas are homeless today, because tornadoes flattened their neighborhoods.  Other people find themselves sick, or trapped in dead-end jobs, or seemingly impossible family conflict.  Life sometimes speaks to us, using its Outdoors Voice, and those are the times that can make you want to just give up.  I know this all too well from my own life, when you pray Please Lord, just make it stop.

Instead, He sent His son as the ultimate Test Pilot, with an infinite checklist to fly. For us.  Despite everything, He did this for us anyway.  There's a message there: that we have our own checklists, and even when we want to just give up, we can hear His voice whisper to us if we'll listen.

Maybe it won't work, maybe we'll hit the ground. Do it anyway, for your loved ones, for those that need you.  He did.


Unless God has raised you up for this very thing, you will be worn out by the opposition of men and devils.  But if God be for you, who can be against you? Are all of them stronger than God?


You can spend your whole life building,
Something from nothing
One storm can come and blow it all away,
Build it anyway
You can chase a dream
That seems so out of reach
And you know it might not ever come your way
Dream it anyway

God is great, but sometimes life ain’t good
And when I pray;
It doesn’t always turn out like I think it should
But I do it anyway,
I do it anyway

This world’s gone crazy
And it’s hard to believe
That tomorrow will be better than today.
Believe it anyway
You can love someone with all your heart,
For all the right reasons,
And in a moment they can choose to walk away
Love ‘em anyway

God is great, but sometimes life ain’t good
And when I pray
It doesn’t always turn out like I think it should
But I do it anyway,
Yeah I do it anyway

You can pour your soul out singing
A song you believe in
That tomorrow they’ll forget you ever sang
Sing it anyway,
Yeah sing it anyway

Yeah! Yeah!
I sing, I dream, I love
Anyway

Labels: When life speaks in its Outdoors Voice