The youngest soldier of World War I

Sidney Lewis snuck off and enlisted when he was 12.  By his 13th birthday, he was in the trenches on the Somme.  But his biggest fear wasn't getting shot (or his Sergeant Major), but his Mother, who wrote to the War Office asking them to send him home.  She included his birth certificate, and the game was up. 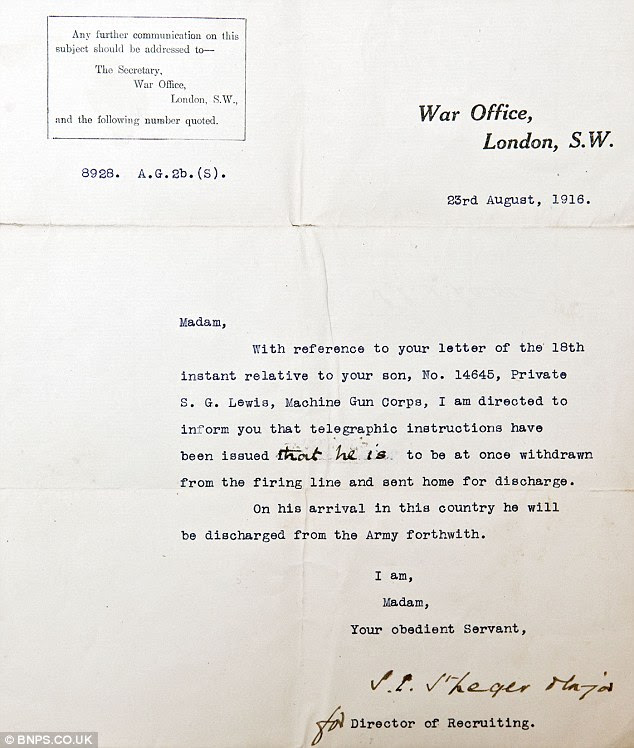 What a very different world it was, a century ago.  Great story told well at the Daily Mail.
Posted by Borepatch

Definitely a different mindset! Fast-forward 25 years or so, the youngest American (that I know of) was 14, he enlisted in the Army to get out of the Depression and was sent to the Philippines. IIRC, his age was discovered and he was about to be shipped home when Japan attacked. He was eventually captured on Bataan with the rest, and spent the remainder of the war in POW camps. Definitely a different day and age.

ETA: he actually escaped to Corregidor and missed the Death March. An excellent book about him:

If only government employees still ended correspondence to citizens with "I am, Madam, Your obedient Servant." And meant it.