Weeping from the saddle

The most annoying thing about the Intellectual "Elite" is that they're ignorant of history.  You'd think that history would thrive in the Ivy League liberal arts, but I guess not.  Because this is a Full Service blog, let me offer up a history lesson to Progressives who find themselves unexpectedly washed up on these shores of Al Gore's Internet.

Clovis was a barbarian, a violent man in a violent time.  He was a two bit punk, as people would  have said back when, but got outstanding PR from the only literate people of the day (the church fathers) when he converted to Christianity.  But it was his violent nature that made his Franks successful in establishing the Frankish kingdom and the Merovingian dynasty (after Clovis' son, Merovich).

But the trouble with monarchies is well known - outstanding Kings are sires to Adequate Kings, who sire incompetents.  Gradually the Merovingian Kings became less competent, and came to rely more and more on their chief military advisers, the Mayors of the Palace.

But the Kings were a mystical figure to the masses, Christ's Vicar on Earth, and the personification of the hopes of the polity.  And so even Kings who were clearly not competent were expected to lead the Army against their foes.  Even Kings like Sigebert III.

Most of what we know of Sigebert comes from the Chronicle of Fredegar, one of the earliest surviving records of the barbarian ages that immediately followed the fall of Rome.  Sigebert ascended to the throne of Austrasia at the age of only ten, and was immediately pushed to attack the neighboring Thuringians.  He knew nothing of leading an army, and indeed the invasion was a disaster.  His army was crushed, and routed from the field of battle.

Fredegar tells us that Sigebert, watching his army flee, wept from his saddle.  He had no idea what to do, or how to live up to the expectations of his people.

We're seeing this today, in our own land.  A novice with excellent PR was invested as Christ's Vicar on Earth in the election of 2008.  Never having done anything, and not knowing how to get anything done, he was carried along with his general Pelosi in an attempt to conquer more territory for the Realm.  It hasn't turned out like his subjects expected.  This week will see the Supreme Court either strike down entirely or rip the guts from the signature achievement of his reign.  His strength is waning, forces are in disarray, and all of his acts seem to be making the situation worse.

Even his later day Fredegar (the Washington Post's Dana Milbank) sees the rout:


It has been a Junius Horribilis for President Obama.


Job growth has stalled, the Democrats have been humiliated in Wisconsin, the attorney general is facing a contempt-of-Congress citation, talks with Pakistan have broken down, Bill Clinton is contradicting Obama, Mitt Romney is outraising him, Democrats and Republicans alike are complaining about a “cascade” of national-security leaks from his administration, and he is now on record as saying that the “private sector is doing fine.”

Could it get any worse?

Milbank goes on to describe the rout in gory detail.  No mention of the Fast & Furious scandal, which is just bring new barbarian forces to the battle.  Looking at the Teleprompter In Chief, there is no sense of leadership, no sense that he has a plan that could possibly work, no hope of anything but continued loss.  Sitting in his saddle, all he can do is blame George W. Bush.

But yeah, it can get worse, as even the New York Times sees the unmistakeable weakness:


The Hope and Change that media shamelessly sold to the nation in 2008 is starting to reach a point of solemn desperation.

I see an Ed Muskie moment coming, if not from Obama himself, from any number of his demoralized supporters.

The Ivy League types, of course, are entirely cow-eyed in their ignorance of any of this.  After all, it's been the "End of History" for a these two decades now, so they didn't bother with those classes.  Clearly from their handling of the Economy, they skipped math as well ("Math is hard!!!").  Ignorance and arrogance, combined in equal measure.

And so, the sharks are circling.  New prospective Mayors of the Palace are stirring.  Mitt Romney wants to take over the Kingdom from the outside; Bill Clinton is maneuvering to put his Wife on the throne of Clovis.  It's not long since the coronation of King Barack, and already he's increasingly alone. 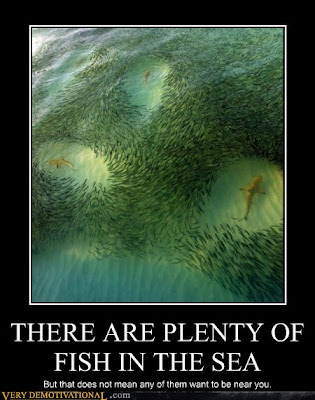 Sigebert has gone down in history as St. Sigebert, a patron of those church fathers who gave such good PR to his house.  I predict something similar for Obama, after the crushing defeat that is coming his way in November.  Watching his army routed before him and having no ideas about what to do about it, he will become a political Church Father, being beatified by an increasingly irrelevant Main Stream Media.  Dana Milbank's chronicles of St. Barack will gather dust.  Nobody will be interested in reading them for ages.  Instead, they will look to see who will play Pepin the Short, able to win on the political field of battle.
Posted by Borepatch