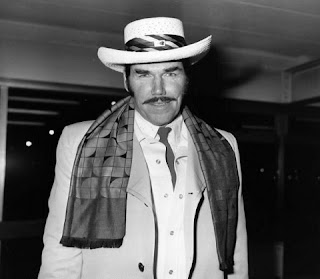 What connects Oscar Hammerstein, Science Fiction, and the Canadian Rockies?  Why, the Universal Solvent of Country Music, of course.

In 1924, Hammerstein (along with Rudolf Friml and some others) wrote a song for the Broadway musical Rose-Marie, set in the Canadian Rockies.  It turned out to be the longest running musical of the 1920s, and spawned four movies.

Just as it was running down, a young yodeling cowboy recorded the biggest hit from the musical, Indian Love Call, taking it to #2 on the Country charts and into the top ten on the Pop charts.  It was his breakout.

While he had been "discovered" by Col. Tom Parker (the fellow who discovered Elvis), Indian Love Call made him a star.  While we today notice the yodeling, that was old hat in Nashville; what he brought - and what you can hear plainly in this song - is a laid back, easy crooner style that was quickly dubbed "Countrypolitan", and sold 120 Million (!) records for him.

Need more proof of the "Universal Solvent"?  Michael Jackson said that Whitman was one of his ten favorite singers.  Need more?  This song is fatal to Martian invaders.

That means I offer my life to you to be my own
If you refuse me I will be blue, waiting all alone

I have some personal memories of the song.

Which naturally brings up "Mars attacks".

Whenever I hear Whitman, I feel like the Martians in that movie...

He's a punchline today, but there was a time when he was a country western superstar. It's funny how fast fame sometimes flees.

His story is similar to Marty Robbins' in that he was in the Navy in WWII and taught himself to play the guitar.

If you look at his discography, his CW bona fides unquestionable.

Then K-Tel records got ahold of Slims songs a made him a laughingstock with "Kill Slim" fan clubs popping up in several places I used to work.