It's been a while since I've done this, so apologies.  Life's been pretty busy.

Low Dog on the Totem Pole brings something that left me more than a little flabbergasted:


I discovered the blogosphere about a year ago after having had my nose rubbed in it by a friend. So sue me, I'm a little slow. In the last year I've wandered from blog to blog, not commenting often, just lurking. Started with JayG's MArooned [always a good idea - Borepatch] and bounced from blogroll to blogroll. Even went back and read several blogs from the beginning. Occasionally, I've skipped commenting on something simply because I couldn't condense my thoughts enough for a simple comment. I needed a post of my own at those times. A few weeks ago Borepatch (who I never miss, because the man is smart, I tell you, smart! [the Expert is the guy who's five minutes ahead of everyone else - Borepatch]) posted about Travis of the TJIC blog having troubles. For the whole story click on the picture. If you haven't seen it yet, hie yourself over there and read. I did. And I wanted to help. So, here I are am, inspired to blog by the the fact that the government acted in a completely unconstitutional manner and took away someone's 1st and 2nd Amendment rights without due process. And I thought TJIC's comment was crass!

My first thought was wow, I inspired someone to start a blog!  But that's not really it - the idiot Government Flunkies in Massachusetts inspired him to start blogging.  Way to go inspiring another libertarian-ish Internet voice, Blue State progressives!  And welcome, Spikessi!

North is brand new at this Blog thingie (still has the "new blog smell"!).  He does all my photo editing for me, it seems.  He's good with a camera, much better than I.  I shamelessly stole this one, but you'll want to go see his others. 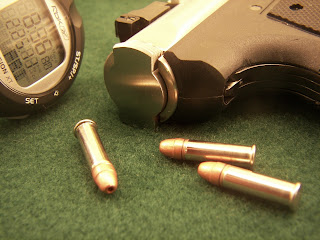 Snooze Button Ronin brings the snark.  His suggestion for the appropriate Science Fiction response to l'affair TJIC is simply inspired.  But keep the Country Music handy, just in case.  Srlsy.  Oh, and he tells you where to get your own Imperial Stormtrooper's gun.

Mark at A Day In The Life Of A Talk Radio Blogger brings the Global Warming skepticism:


Extrapolating a little bit, mind you I am NOT a scientist or a meteorologist, it seems to me that it is only the increase of of contrails which are helping to maintain the earths temperature. Without the contrails and possibly other green house gasses we might actually be heading into another little ice age. The earth is large and it radiates a LOT of heat. The contrails and green house gasses which are supposed to be contributing to global warming might actually be helping earth to maintain the climate it currently has.

This is a really, really good point, and something that I've been meaning to post on for a while.  The climate has been gradually cooling for about the last 6-8,000 years, and the current gap between Ice Ages seems longer than the average over the last 400,000 years or so.  Nobody really has a good grasp on long term climate swings.

The Granite Sentry emails (yay!) to tell me that he's blogrolled me.  Unlike your humble-yet-dilettante host, he's an actual writer (you know, who gets published and everything).  Quite frankly, it shows, which makes it a pleasure to read:


In a savagely clever move that must have taken several minutes to plan, a liberal blogger has telephone-pranked Wisconsin Gov. Scott Walker by pretending to be a wealthy Republican financier. Despite getting the governor to speak frankly for several minutes, the prankster came away without any killer evidence of GOP perfidy. Read the details at NPR.

The Granite Sentry was also a strong partisan of telephone pranks once, conducting a reign of terror that had people afraid to answer their party lines for months during his sixth-grade year, terrified that they would be interrogated as to their tobacco storing practices and then mocked for their credulity. There was also the somewhat more risque body-parts/name trick that never failed to flummox local saloon-keepers.

This is not your average commentary on the day's news, and is certainly a cut above what you'll find here.


The object of life is not to be on the side of the majority, but to escape, finding oneself in the ranks of the insane. 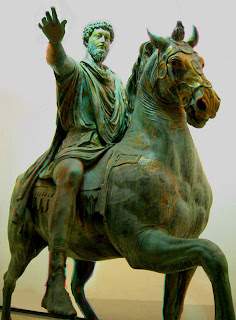 My kind of guy, right there.

Welcome to the blogroll, everyone!  The usual note: if you've blogrolled me and I haven't added you here, please leave a comment or send an email (borepatch {at} gmail {dot} com).  If you've already done this and I somehow missed you, please ping me again.  Things have been pretty crazy lately.
Posted by Borepatch

"He does all my photo editing for me, it seems."

Isn't it funny that you were the last to know about that arrangement? :-D

Thank you for the link and kind words!

Feel free to use my photos for your blog. All I ask is credit or a link back. And If you forget, I don't get upset at all. If my pics are used, it inspires me to take more. That helps me improve.

Anyone hear anything about TJIC?
The forces of evil have silenced him for many weeks. Last we heard, they also took his property and infringed on inalienable rights.

Oh, you and JayG were the inspiration. I had been contemplating blogging, but the gubmint boys did provide the catalyst. Thank you.