ASM826 posted a moving tribute but I find I find that words for that day mostly fail me.  And so here are some pictures to remember that day. 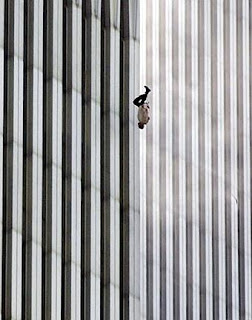 They call him the Falling Man.  He's not the only one they got a picture of. 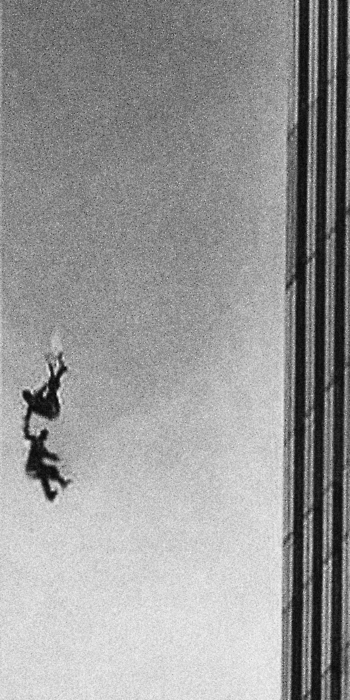 There's a reason that we call these men "heroes".  343 firemen and 71 police ran into the building to save people, but never came out.  Rest in peace. 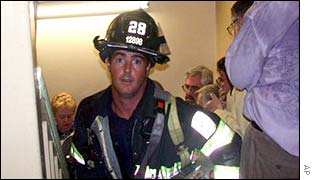 I found this very moving from back then, but some folks complained that it endangered birds.  Same planet, different worlds. 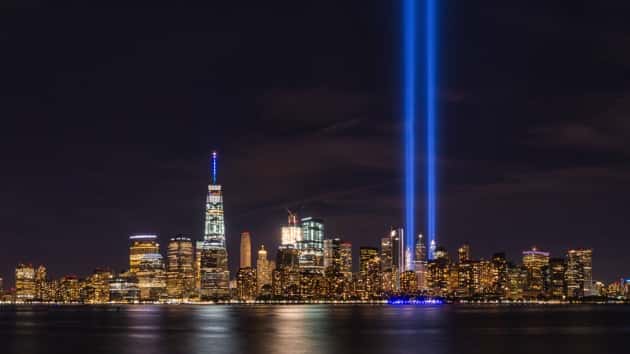 Looking back after 18 years, I think this was George W. Bush's greatest moment:

The follow-through lightening campaign driving the Taliban from power was the pinnacle of his presidency, but it was all down hill from there.  18 years later, we're still in Afghanistan, because Bush flinched from what it would take to "nation build" there.  Publius Cornelius Tacitus is probably the easiest of the Roman historians to read.  Son-in-law to the governor of Britannia, he recorded a speech of a vanquished chieftain:


To us who dwell on the uttermost confines of the earth and of freedom, this remote sanctuary of Britain's glory has up to this time been a defence. Now, however, the furthest limits of Britain are thrown open, and the unknown always passes for the marvellous. But there are no tribes beyond us, nothing indeed but waves and rocks, and the yet more terrible Romans, from whose oppression escape is vainly sought by obedience and submission ... To robbery, slaughter, plunder, they give the lying name of empire; they make a desert and call it peace.

The Romans would have known how to deal with the Taliban, and would have made the Taliban's lands a peaceful desert.  America did not. Bush got us into that mess, and rather than pulling out in 2002 with the message that there's more of that where it came from if you don't behave, Bush dithered with a foreign policy that has led to thousands of American dead and tens of thousands of maimed.  He didn't even go after Osama, holed up under the protection of the Pakistani military.  Obama did, in probably the only positive even of his tenure.  Tacitus would have approved.

But we're still in the Middle East.  We're still hated there.  "Nation building" has been a failure, as has pinprick bombing.  People complain that turning on some lights to commemorate the World Trade Center towers will harm birds, while Dover Air Force Base continues to receive flag-draped coffins.

Nothing symbolizes for me the utter incompetence of both parties than the last eighteen years.  The dead from 9/11 deserve better, as do we all.

Labels: geopolitics, rest in peace, The decline of the Progressive West, war on terror

If you saw the documentary by a French director that was following a fire company on that day, you would have heard the bang of bodies hitting the roof of the WTC's lobby.

I saw a documentary on "The Falling Man" and found it poignant that the Coroner for NYC determined there were no suicides from the towers.

No suicides. No one took the selfish way out. They were just dead waiting to happen.

And pray we are gifted with leaders who understand what the ROE of War actually are. No stupid taking people in cuffs. Prosecute it like a war, including those that support it.

I will never forgive Bush for calling islam a religion of peace.

9 11 was a continuation of 1,400 years of active declared war on infidels by moslems.

The hijackers were following the explicit instructions in the koran to convert, subjugate or kill all infidels.

Islam is not a religion, it is a political death cult.

We need to identify the problem in order to solve it. The problem is: all devout moslems support the actions of the violent jihadis.

The koran instructs them to lie to us about Islam's true goal of converting EVERY infidel to islam, and killing those of us who don't convert.

Perhaps the worst Bush legacy is that by bungling the wars, he turned the country over to the Left. Trump put that on pause but I don't think it's over yet.

Those are some great posts you guys did.