Huh. I predicted the Republican landslide in 2010 a year before

A port from ten years ago, but evergreen today.  I guess that ten years of losing hasn't wised up the Democrats.

This man is a priest. He has faith, and makes personal sacrifices - financial and family, especially - in service to his calling. He gives of himself, for the benefit of others. The danger is compromising himself in service not of his faith, but of an establishment who looks to him to prop up a political and social structure.

Bad things have sometimes come from this, like the Albigensian Crusade, where maybe 100,000 people were put to the sword.  Caedite eos. Novit enim Dominus qui sunt eius.  Kill them all. The Lord will know his own.

This man is, in a sense, also a priest. He also has faith

, that the universe is intelligible to the human mind. He also often makes sacrifices - those scientists doing theoretical (as opposed to applied) research often make much less than their applied compatriots.

The danger to him is the same as to the other sort of priest - compromising his principles in support of an establishment looking to him to prop up the political establishment.

Bad things sometimes come from this, too. Like Eugenics. There's more than a casual sense that the theory of Man-made climate change is another.

What happens when you base your decisions on a shaky premise? More or less what you'd expect:

A recent industry study into the UK energy sector of 2030 - which according to government plans will use a hugely increased amount of wind power - suggests that massive electricity price rises will be required, and some form of additional government action in order to avoid power cuts. This could have a negative impact on plans for electrification of transport and domestic energy use.

Seems that wind power costs more - a lot more - than fossil fuels. This is why most electricity is generated by burning coal. Wind power will cost more, and that cost will be paid by someone. Ah, no matter, say the political establishment. After all, Novit enim Dominus qui sunt eius:

... last Thursday, Anglesey Aluminium, the biggest consumer of electricity in Wales, announced that it would cease production, precisely because it could see no prospect of signing up to a long-term supply of electricity at a rate at which it could make a profit. And on the day of Miliband’s announcement, a group of Labour MPs presented a “Save Our Steel” petition, saying: “We need to make sure we act before the light goes out.” It may well be that the English steel mills will become unable to compete globally, even at current domestic energy prices; but deliberately to make them uncompetitive is industrial vandalism ... 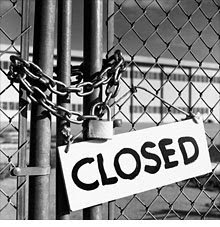 This is a very interesting article, because of a particular juxtaposition made by the author, Dominic Lawson. He cites all sorts of numbers on the cost and (lack of) effectiveness of current green initiatives on one hand, and the moral posturing of the political establishment on the other:

Miliband’s citing of Martin Luther King’s “I have a dream” speech in support of his policy of subsidising the construction of many thousands of otherwise uneconomic wind turbines might appear grotesque, even comical; but not if you genuinely believe that Britain’s switching from coal to wind power for its electricity generation will save the lives of countless Africans.
I have no idea whether Miliband truly believes that it will - but if he does, he is deluded. The UK is responsible for less than 2% of global carbon emissions - a figure set to fall sharply, regardless of what we do, as a result of the startlingly rapid industrial-isation of countries such as China and India: each year the increase in Chinese CO2 emissions alone is greater than those produced by the entire British economy. On the fashionable assumption that climate change is entirely driven by CO2 emissions, the effect on global temperatures of Britain closing every fossil fuel power station would be much smaller than the statistical margin of error: in effect, zero.

Never mind that the numbers don't - and can't - work. Never mind that the data justifying action is suspicious. Action must be taken, and taken now, and never mind the consequences. They won't (much) fall on Oxford and Cambridge, but rather on Leeds and Wales (Detroit and West Virgina, to my American readers). And who really cares about them, any way?  Caedite eos.

Interestingly, this isn't new - we've seen what happens when this sort of Kulturkampf economic policy is done over the course of a couple or three decades:

Today two principles now drive the political economy of the blue states—and so shape the Obama administration today. The first one is the relentless expansion of public sector employment and political power. Although traditional progressives such as Franklin D. Roosevelt, Harry Truman, Fiorello La Guardia, and Pat Brown built up government employment, they never contemplated the growth of public employee unions that have emerged so powerfully since the 1960s.

The only way to pay for these expenditures rests on the second key blue economic principle—the notion of an ever expanding high-end “creative economy.” This conceit is based on the notion that tangible things matter little and that, as former Wired magazine editor Kevin Kelly put it, “communication is the economy.”

Since [the "creative"] class had less need than traditional industries for basic infrastructure, a confluence of interest has emerged between the post-industrial elites and the public employees. Money raised from the monied post-industrial elite would essentially buy social peace by funneling largess not into improving the roads, subways, or ports but into the pockets of the public employees.

What's the downside to the Intellectual elites if energy prices double? They can afford another $100 a month, and their jobs are safe. Joe the Blue Collar steelworker?  We'll have to do up a government skills training program for him, like Data Entry or something. And anyway, we really don't like all those grubby factories and smokestacks, anyway. Let China do that, a long, long way away. And we'll need more Chinese linguists then; every cloud has a silver lining and all that, what?

I've said many times that I think that the Republican Party is the Stupid Party. The poverty of intellect on display there is nothing short of astonishing. So to make the 2010 elections a little more interesting, here's the key to a massive win for them:

It's all about what the Democrats will do to the pocketbook of Blue Collar America, stupid.

The Democrats are in the pocket of the radical environmental movement, so this is a target-rich environment. Expect higher gas taxes? Tons of Democratic Party proposals. Higher electricity bills? Cap and Trade. Mileage standards that add hundreds of dollars to the price of a car? Cigarettes? Alcohol? Trans-fat? Take your pick of what's already been done to Blue Collar America.

There's no tax cut, no government program that the Democrats can promise that would add up anything close to the thousands of dollars a year that Joe Blue Collar pays right now.

Add up the number, and talk about it. And keep talking about it. And point out what the number will be when Health Care is run from the Department of Health and Human Services.
The Democratic Party coalition is massively mal-adapted to survive in that environment - all they know is how to mouth pious platitudes about the working man, while keeping the real message to themselves.  Novit enim Dominus qui sunt eius.

I'd say "you're welcome", but this is. after all, the Stupid Party.
Posted by Borepatch

Labels: class warfare, Democrats suck, it's not easy being green, junk science, politics, Ten Years Ago, The decline of the Progressive West, the economy, the environment

What's sad is that it took an outsider who is more of populist Democrat of old than a Republican to even get a meaningful tax cut passed or even talk about how to keep jobs here in the US.

The only one on Team R that was ever worth a damn was Ron Paul though I could quibble with him on some things. Jim Traficant was also a joy; too bad we can't have another one like him Congress.

The bigger issue though is the voting public since not enough of them really pay into the system and are too stupid to really appreciate the Bill of Rights anyway and that includes those with college degrees.

Nice priest point -- if you have the energy to devolop the piece I'll gladly run it in the magazine.

You could call it a Story of Two Gods and channel Chesterton. Just a thought.

Nice priest point -- if you have the energy to devolop the piece I'll gladly run it in the magazine.

You could call it a Story of Two Gods and channel Chesterton. Just a thought.