My gravest secret is that I really did fake the moon landing. On Venus!

Half a century ago, we landed on the moon.  Neil Armstrong and Buzz Aldrin took a plaque saying that we came in peace for all mankind, but the planted the US flag.  When the astronauts blasted off from the moon, Buzz Aldrin noted that the rocket exhaust knocked the flag over.  In 2012 NASA's Lunar Reconnaissance Orbiter took photos confirming that while flags are still standing at the Apollo 12, 16, and 17 sites, there's no Apollo 11 flag still standing.  The flag and pole cast a shadow at the right time of day; no shadow, no flag. 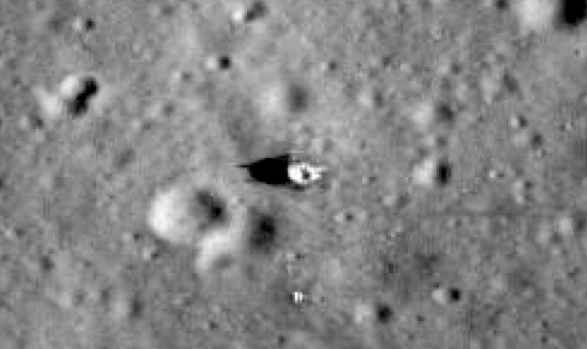 The other three flags are likely in very bad shape by now, after five decades of massive temperature swings, micro meteorite bombardment, and unfiltered ultraviolet radiation.  But looking at it this way, while scientific, misses the point.  Going to the moon was a triumph of the spirit, and the flags are perhaps the most vivid symbol of this.

Yes, there's a country music song about this, one written five years ago for the 45th anniversary of the landing and first released to the astronauts on the International Space Station.

Were the children of explorers
We came here from every corner
The adventurers that settled this land
Lead the world, fought tyranny
Touched the stars, brought liberty
Lets do that again

Stood there for a while
Got a great big smile and said
"dad I think I can see it, can you
I bowed my head
Closed my eyes and said
Yeah, son, I think I do"

Oh, in two hundred years
Think about all weve done so far
I dont see any reason why tomorrow cant be ours

Tonight I dare you to dream
Go on believe impossible things
Whenever anybody says
Theres anything we cant do
Cause after all, after all
Theres an american flag on the moon